Location-based apps and services like Foursquare have made significant inroads among consumers in the last few years, but most of the recent developments around location-based apps have bypassed the business market. While there are some systems out there that let businesses track their mobile workforce, they tend to be proprietary and expensive. Now, Google is trying to enter this market with Google Maps Coordinate, a service that mashes up Google’s mapping and geolocation services and APIs with a dispatch system for mobile workforces that’s available both on the Web and on Android phones and tablets. This, says Google, will allow organizations to assign jobs and deploy their staff more efficiently.

At its core, Coordinate allows businesses to dispatch and track their mobile employees, be they truck or taxi drivers, plumbers or pizza delivery guys. Google itself has been testing the service internally with its on-campus transportation services.

The idea behind the service, as Dan Chu, Google’s product manager for Coordinate told me from his office in Sydney last week, came from Google’s enterprise customers who already used the company’s mapping services but were looking for an easier and off-the-shelf way to organize their mobile teams. While developing the service, the team focused on making it as flexible as possible. Large companies will be able to hook Coordinate into their existing systems with the help of a full read/write API, but small businesses will also be able to use it without having to make any major investments.

Customers will also be able to enter large datasets as custom locations into the service. A utility company, for example, could use this to enter the location of all of its electricity poles.

As Chu noted when I talked to him last week, Google has invested quite a bit in its maps and geolocation services, but this is the first time it is really putting all of this to work for a business-focused application. 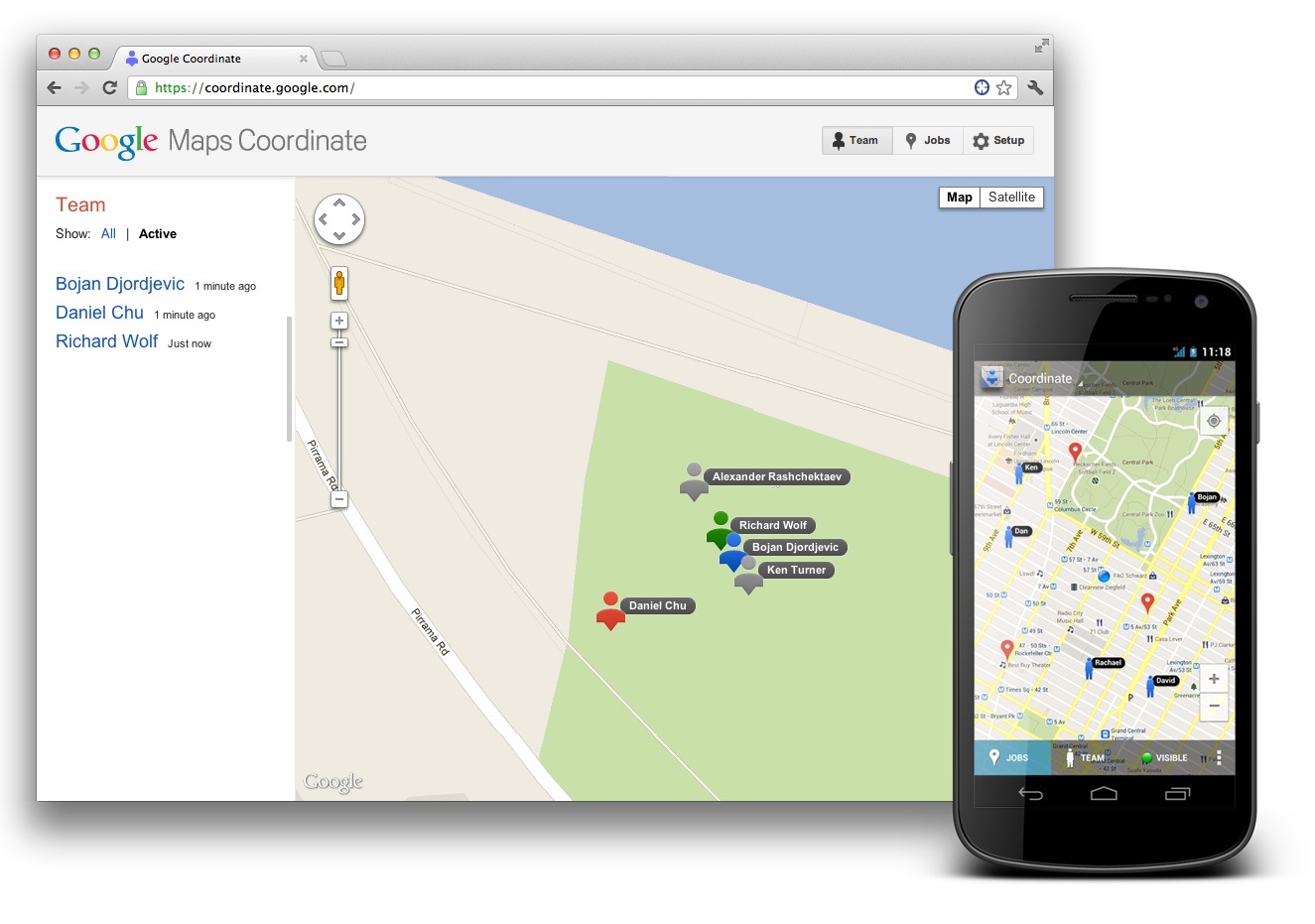 On the dispatch side, administrators will be able to see where their workers are and send them to their next locations. Employees who are out in the field will appear as blue dots on the map. Setting up new accounts and users just takes a few clicks. Creating new jobs is just as easy and administrators can also set up new locations with just a few clicks. 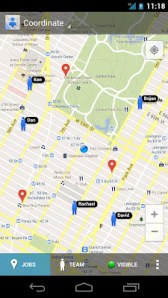 Employees in the field, on the other hand, will use their mobile phones to accept new jobs and also send reports back to the dispatchers. There is also a check-in option that allows users to affirm that they have arrived at their location, allowing employers to distinguish travel time from the actual time it took to do a job, for example). The system also allows admins to specify certain data that employees have to collect while they are out in the field (client contact data, for example). All of these features, said Chu, will allow administrators to set up complete workflows for their mobile employees.

Given the privacy implications of a service like this, Google build in an option for users to go “invisible,” as well as a time-based system that can automatically log users out at the end of their shifts. Users will also have to give very explicit consent to being tracked when they first use the mobile app.

Google is launching the service with an introductory price of $15/user/month until September 1, 2012. The price may go up after that, but Google hasn’t released any information about this yet. The service is now available worldwide and, in a departure from Google’s usual process, is not considered to be in beta.