Rounding up Mountain Lion rumors is actually quite simple. After all, the OS update has been floating around the developer boards for a while now and while there is no Gold Master available, many of the upcoming features are already detailed and fully baked.

Mountain Lion, in short, is Apple’s move to add iOS functionality to the laptop and desktop. A convergence of best-of-breed mobile techniques – notifications, do-not-disturb systems, and signed software – and a strong back end, the new OS aims to scratch a few itches rather than change the way we work in a wholesale manner.

Mountain Lion is an iterative update. Folks looking for touchscreen laptops and other weirdness are probably going to have to wait. However, we do know quite a bit and it’s definitely an update that will make your Mac run a little better and your work a little more efficient. Here are the rumors we’ve heard about Mountain Lion. If you want a bit of insight into what Mountain Lion will do to your computer right now, check this out while you can read MG’s review here. 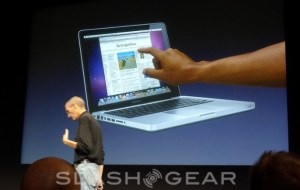 Judgment: Nah. Isn’t going to happen… unless Apple is so wildly devious that they have hidden the features before the launch of new hardware. It’s hard to believe this is the case, but stranger things have happened.

Judgment: Not good. Although iMessage is buggy at best right now, expect improvements, not overhauls. 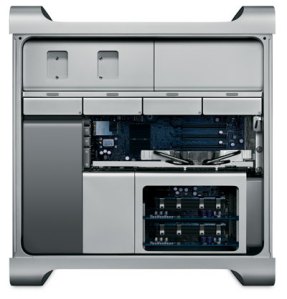 Judgment: Sad but true. I tested an install on my Mac Pro and it wasn’t supported. The trick is the EFI – old machines have a 32-bit EFI while newer models support 64 bits.

Getting rid of the drive ejection message
Rumor:

We’re keeping you up to date on everything you should expect from the all-but-announced features to wishlist items. Check out Matt’s rumor round-up on Apple’s Notebook announcements, as well as a forthcoming post on possible OS X features to look forward to. WWDC 2012 is set to be the biggest developer’s conference yet.