Cartera Commerce, the largest provider of card-linked offers in the U.S., has just raised an additional $12.2 million in Series D funding, bringing its total raise to date to $43 million. The new round was led by Comvest Group, and included participation from all Cartera’s previous investors: Dace Ventures, Flybridge Capital, LBO Enterprises and Venture Capital Development Fund of New England.

The company, which is partnered with three of the four largest banks and card issuers and all five of the largest airlines to power their loyalty programs, is planning to use the new infusion of capital to expand its local offers products known as OfferLink Local.

You may not know Cartera by name, as its products are branded and distributed by its banking and airline customers as their own loyalty programs. Cartera now reaches 65 million active U.S. cardholders and a total customer base of 150 million consumers. (Some may not have an airlines’ branded card, for example, but can still access online offers). 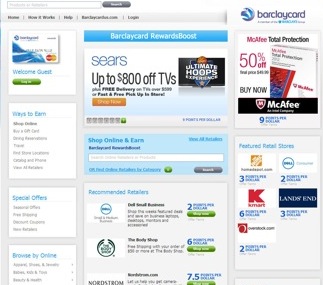 On the merchant side, Cartera works with 100 national retailers, around 1,000 online retailers and several thousand local retailers. These merchants make offers to drive customers to their businesses, making a percentage offer of anywhere from 5%-25%. The merchant pays Cartera in cash, and it then translates that into whatever currency is relevant to the consumer. For example, cash back for a cash back debit card, or airline miles, points, etc.

Now Cartera wants to beef up its offering to local merchants. These merchants can sign up using a self-serve platform, but more often than not, they come on board as a result of the company’s 60-person sales and service team’s efforts. “We’ve got a couple of thousand local retailers in our network,” says Cartera CEO Tom Beecher, “that puts us way ahead of anybody else in the marketplace. One of the key things we want to do with this investment is really blow that out – we want that to be ten’s of thousands in the next couple of years,” he says.

“You’ve got to respect what Groupon has done – they’ve certainly built a big business quickly,” says Beecher, “but from a local retailer’s perspective, a daily deal has a number of cons that go along with the pros…You’re typically giving up 75% of your revenue – half to the consumer and half to the deal provider. And second, you know you’re going to get a big rush of customers into the door, and you hope that some of those customers are new. And of those that are new, you hope that some will come back again. But the operative word in both of those sentences is ‘hope,'” he says.

Beecher explains that merchants like Cartera’s solution because it’s cheaper (a typical offer is 10%), and because everything is tied to debt and credit card statements. With monthly reports, businesses know how effective their offers have been. And the typical ROI for this program is about $6 dollars for every dollar the local merchants spend, Beecher says. However, the data is anonymized  – neither the merchants nor even Cartera itself sees any personally identifiable information about the customers – only whether they shopped or returned. (The result is similar to another company we recently covered, edo, but on a much larger scale. In fact, Beecher claims Cartera is larger than all its competitors, combined).

Cartera Commerce is currently over 200 employees and is actively hiring, we’re told. Although the company does not disclose financials, it announced in February having seen over $1 billion in merchant sales  – more than the previous four years combined.