I remember watching the HD DVD vs. Blu-ray wars closely a few years back. I wanted one to win so I could go out and buy a next generation movie player. But the battle went on and on, and by the time Blu-ray won, I had set my sights on a new frontier: digital distribution. I never did get that Blu-ray player. And now I’m quite certain I never will. The new 1080p Apple TV is here.

To be clear, because of the way it’s compressed, iTunes 1080p content is not equal to the 1080p picture you’ll get from a Blu-ray disc. It’s very close, but it’s not quite there yet. I imagine it will get there as digital compression technology continues to improve. But even if it doesn’t, this is something that won’t mean a thing to the vast majority of consumers. Thanks to the marketing of television sets over the years, they know “1080p”. They don’t know that the quality can be inconstant. Fair or not, it won’t matter.

That’s one reason why the new Apple TV is such a huge win here. Previously, it was limited to displaying 720p content which undoubtedly gave some would-be purchasers pause. But a new chip (a single-core A5), some 1080p content in iTunes, and the same $99 price changes that.

But there are cheap Blu-ray players out there now, so why does the Apple TV trump those? And what about other boxes like the Roku, which can also do 1080p streaming content? One word: AirPlay. 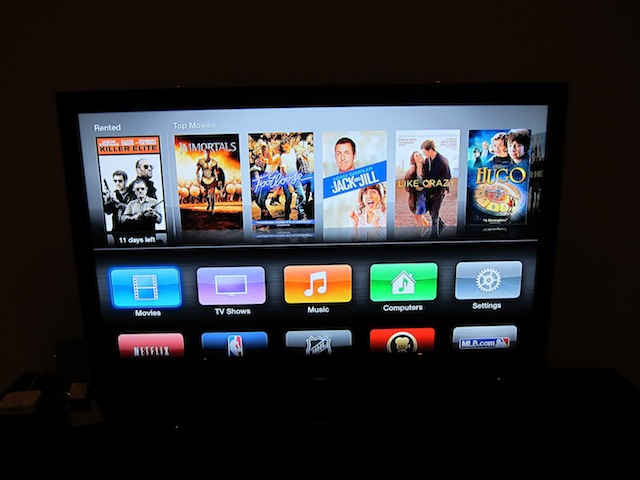 Having used the previous iteration of the Apple TV almost a year now, I’m absolutely infatuated with AirPlay. The love affair is so deep that I’m sickened to think about going on the road and it not being available in most hotel rooms. It absolutely should be. And if we can just get past some open WiFi issues (imagine someone pushing content to another, unsuspecting room), and some greedy hotel chains (who love their rip-off pay-per-view content), it will be. The boxes should be as ubiquitous in hotel rooms as iPod/iPhone chargers now are.

AirPlay is one of those things that still seems like magic every time you use it. How on Earth am I streaming an HD movie wirelessly from my iPhone or iPad to my television while I continue to use that device? If it’s possible, why does anything need wires anymore?

I think people are often tricked when they first hear about the Apple TV. Certainly, Apple does everything in their power to downplay its importance to the company. And yes, that probably has something to do with other, more substantial television hardware coming down the line. Right now, people look at the Apple TV and think, “okay, cool, a tiny device to access iTunes content from my television”. At $200 to $300, it made little sense. At $99, it made some sense. But it still lacked that killer feature. 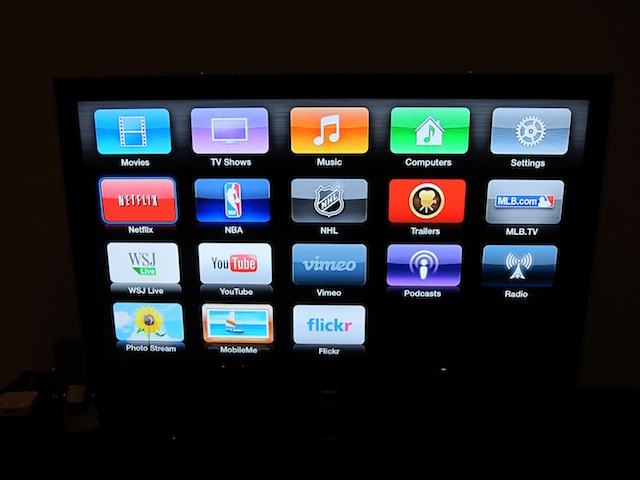 The true key to the Apple TV is AirPlay. And the latest version supports 1080p streaming as well. And soon, with the release of OS X Mountain Lion, you’ll be able to AirPlay your entire desktop to your television. Meanwhile, the potential for gaming here is just starting to be tapped.

There’s no reason why every person with an iOS device (and soon a Mac) shouldn’t get an Apple TV. And that’s a problem for the makers of Blu-ray players. Again, just slightly better quality will no longer be enough. Apple’s latest Apple TV is going to continue the trend they began with the MacBook Air — the killing off of optical discs.

As for the rest of the new Apple TV, it’s great, just like the last version was. The outside looks the exact same and it’s just as easy to set up. The included aluminum remote control is still pretty lame (try searching, or doing anything that involves typing with it), but you can get around this if you have an iOS device — get the Remote app ASAP.

Alongside the new Apple TV announcement, Apple rolled out new software for the device. It’s a significant improvement over the previous software. You’ll note right away how app-y everything looks. When you consider this along with the fact that the Apple TV technically runs a version of iOS, it’s clearly only a matter of time before more apps come to the device. Currently, Apple has a very limited set of third-party partners (Netflix, MLB.TV, etc) on the device. But they could easily open it up. (Though, again, they may not ever have to thanks to AirPlay.) 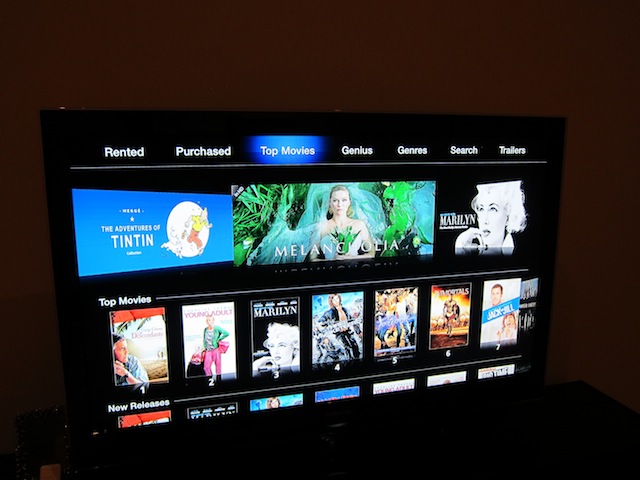 The good news is that the Apple TV software update also works on the last iteration of the Apple TV. So unless you really want access to 1080p content, there’s not a huge incentive to buy a new one. (Even with the new software, the older Apple TV is limited to 720p.)

And because Apple has moved all of their TV catalog and much of their movie catalog to iCloud (some studio deals are still being negotiated, but sound close to being done), all applicable HD content can be automatically upgraded to 1080p from 720p (SD content will remain SD). 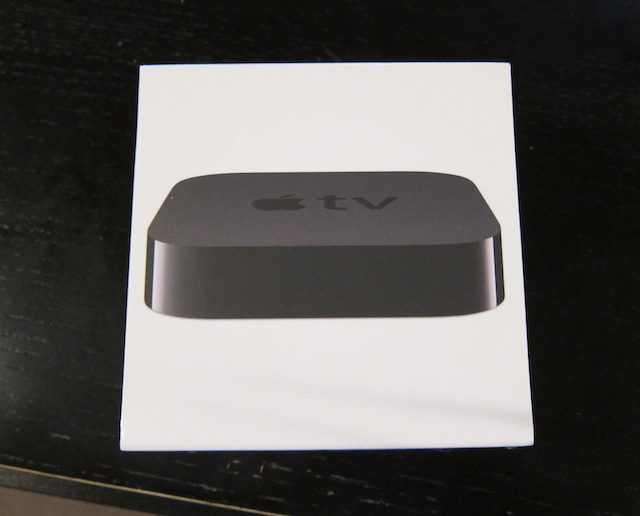 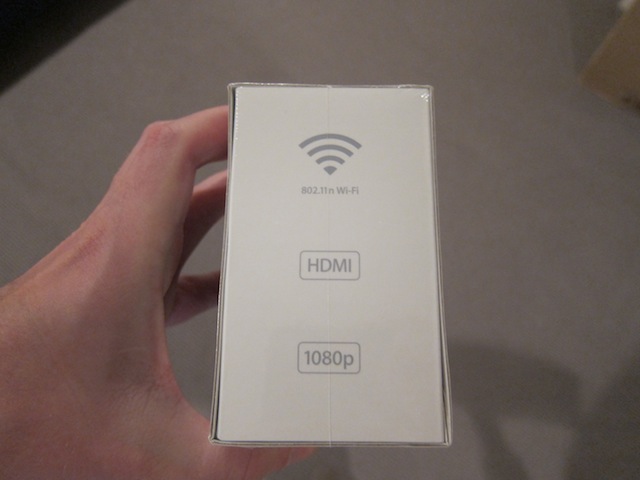 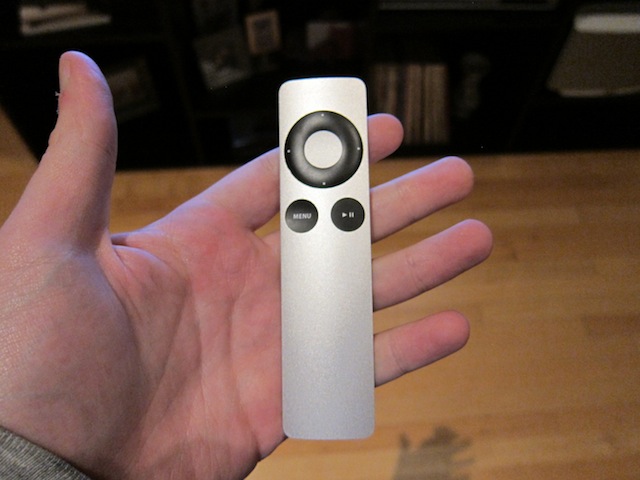 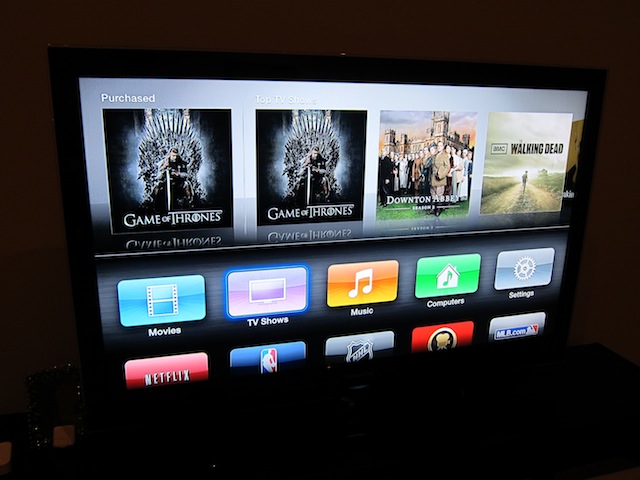