Some people might say that there’s no way Google could be more aware of your browsing habits. Not true! There is much they don’t know. But it’s not because they don’t want to know.

Last night Google rolled out two programs aimed at increasing their awareness of how people use their browsers — what sites they visit, for how long, for what purpose, etc. They’ll pay you for the privilege, a bit like being a Nielsen family. They even give you a little box!

The “lightweight” option (first noted at Search Engine Land) is simply a Chrome browser extension that “will share with Google the sites you visit and how you use them.” You’ll be given a $5 Amazon gift card when you sign up, and then another one every three months. Not exactly frontier gold but some people will no doubt find it enticing. There’s a maximum of $25 stated, but they’ll evaluate later how to compensate people in the program for more than a year.

The other option, not publicly accessible, was pointed out by a tipster to Ars Technica. Knowledge Networks, with whom Google is partnering in this endeavor, is a company that organizes surveys and such for companies that want to know about their visitors or customers. “Fill out this quick survey and you’ll be entered to win an iPad!” — that sort of thing. Some Knowledge Networks users have received offers to be part of the first 2500 households in the study, which would pay $100 up front and $20 per month. 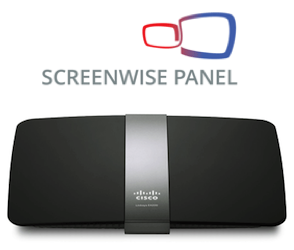 Interestingly, the latter study involves sending out a “high-end router” from Cisco that will need to be installed. It presumably has firmware on it that records relevant data traffic from the household’s “web access,” though that term is not defined. Does it include Netflix? Torrents? Game traffic? Most likely it just means data you would normally send and receive via the browser, though for many that is still maddeningly vague. Obviously they are not likely to volunteer for this service.

All data will be recorded, including what goes on in those Incognito mode tabs, though that data “will not be tied to or associated with any personally identifiable information”. Reassuring to some, terrifying to others. And anonymized individual data will be shared with “academic institutions, advertisers, publishers, and programming networks.”

It’s fairly standard data-collection stuff, but it’s fun to see them taking the route of in-home hardware to monitor on a bit level. While many would consider this level of recording a monumental invasion of privacy, just as many (likely far more) don’t see much of a difference between this and how much they’re tracked already. The extra cash would certainly be welcome in many homes.

Naturally the habits observed among the “people who don’t care too much about privacy and are willing to sell their browsing habits for not a lot of money” group will be different from those at large, but it’s still valuable.

Right now there isn’t much more info than this on the programs, but you can sign up for updates and registration at Google’s Screenwise page.