Instead of spending a couple hours every morning, a few hours before bed, and many cumulative hours in between on organizing, responding (and not responding) to endless messages, I’m doing things like reading, writing, and living life. I highly recommend that everyone try it. Of course, I realize that most people can’t. In fact, the reality is that I really can’t. My email quitting is merely an experiment for a few weeks that will provide plenty of good writing fodder. For stories like this, in fact.

Shortly after I declared I was quitting email, numerous people pinged me about a service called Shortmail. While I had heard about it previously, thanks to this Fast Company article, I hadn’t tried it yet. So I signed up. And I immediately saw the appeal.

At its most basic, Shortmail is a new front-end service for email with one very key feature: a 500-character limit for each message. Yes, it’s like Twitter for email.

But it’s not just Twitter for email. There are other interesting elements of the service too. For example, you can set any Shortmail conversation to be private or public. The latter feature I tested out yesterday with 410 Labs (the company behind Shortmail) co-founder Dave Troy. Below, find my Q&A back and forth with him. (They don’t currently have embeds, so I took screen shots of it to include in this post. But you can find the thread live on the web here.)

As Troy notes below, 410 Labs has secured a $750,000 Series A round of funding. True Ventures, 500 Startups, Fortify Ventures, and The Maryland Venture Fund drove the round. Individuals including Tim O’Shaughnessy (co-founder of LivingSocial), Jeff Ganek (founder of Neustar), Abdur Chowdhury (chief scientist at Twitter), among others, participated as well.

So will I go with Shortmail when I come back to the land of email? It’s certainly a compelling option. Unlike other efforts such as three.sentenc.es (which we previously wrote about), Chris Anderson’s emailcharter.org, and AwayFind, Shortmail relies a bit more on force (you cannot send or receive a message over 500 characters) instead of self-policing or add-ons to existing email services. At the same time, it’s still a bridge since it works with current email protocols. We’ll see. I’m still of the mindset right now that the only way to fix email is to truly blow it up and start from scratch. But that’s obviously much easier said than done. 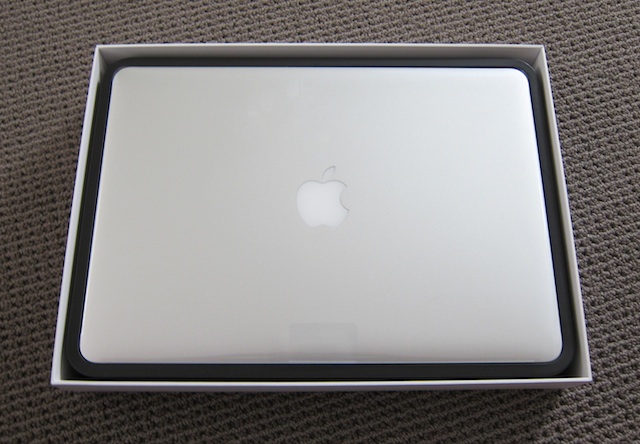 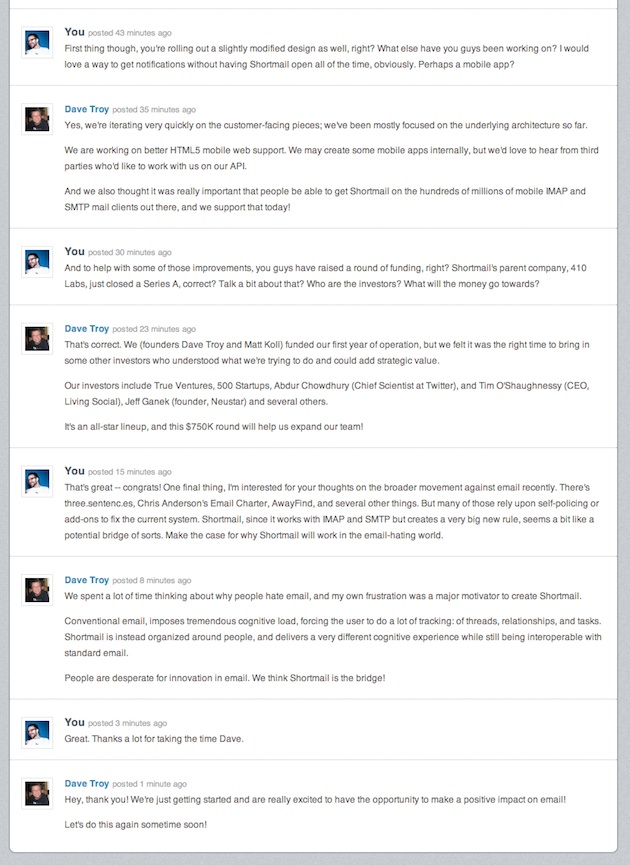