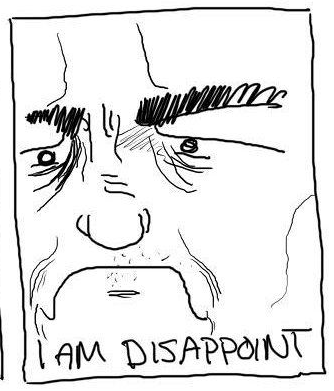 Late last night, it was revealed that Nortel had picked a winner for their patent portfolio. To the surprise of many, that winner was not Google, which had put up the initial “stalking horse” bid to get the ball rolling. Instead, the winner was a “consortium” of industry players — a consortium that includes Apple, RIM, Microsoft, Sony, and others. In other words, this sounds to us like the absolute worst possible scenario for Google. It’s not just that one of their major rivals won the rights to the over 6,000 patents. It’s that all of them did.

Unsurprisingly, Google is not happy.

“This outcome is disappointing for anyone who believes that open innovation benefits users and promotes creativity and competition. We will keep working to reduce the current flood of patent litigation that hurts both innovators and consumers,” Kent Walker, Google’s Senior Vice President and General Counsel said in a statement that Google sent out to members of the press.

Okay, but come on, that’s a bit bland. If I were Google, I’d be more than “disappointed”, I’d be pissed off. Again, they’re the ones who got the ball rolling with a $900 million opening bid. Meanwhile, things weren’t looking too hot for Apple. While the DoJ quickly cleared Google to make a run on the patents, they weren’t so sure about Apple. And then Microsoft started complaining that if Google won the rights to the patents they could nullify the existing agreements Nortel had in place for licensing out those patents (which may or may not have even been true). It looked like Google was in the drivers seat.

But now it sure looks like that while all of this interference was going on, Google’s competitors were getting together behind the scenes to come up with a combined offer — $4.5 billion — that Nortel couldn’t refuse (and Google likely couldn’t in their right mind, match).

And the truth is that Google is pissed off. How do you we know? Because while they’re releasing muted statements, they’re also trying to have off-the-record conversations to further express their displeasure. And they’re pointing us to pieces like Mike Masnick’s which features wording like:

So, Microsoft apparently got together with Apple, EMC, Ericsson, RIM and Sony… and coughed up an insane $4.5 billion. It’s kind of brilliant in a nefarious way. With six companies together, they could each spend less than the $900 million initially pitched by Google… and then just all agree not to sue each other, but leave open the option to sue anyone else.

And they’re pointing out what they believe to be similarities between this situation and the one involving Novell patents, which the DoJ looked into and decided to force changes — pointing out that the open source community was not happy. Of course, this has nothing to do with the open source community. But it certainly is possible that the DoJ will not like this consortium bid on the Nortel patents one bit. The courts in both the U.S. and Canada still have to approve the bid for it to clear, and it certainly is possible that changes will be forced once again.

We’ve told Google we’re happy to have an on-the-record conversation about all of this. I’m just not sure what the point of venting off-the-record is at this point. Google is pissed off, and they should be! And they should express that openly!