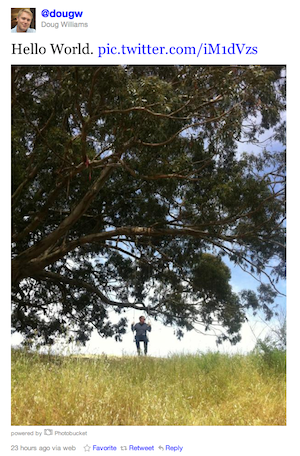 So now that we know that the Twitter Photos is very real (as we first reported), the next question is: when can we actually use it? In their initial announcement, Twitter said that the product would roll-out to users in the “next several weeks”. But today brings a bit more specific timeline. Initial roll-out to users will begin next week.

The initial roll-out to users should still take a few weeks to be completed. And it will focus on twitter.com at first — meaning photo uploads will have to come from there. The mobile client integration will follow, but there will be Twitter Photo viewing capabilities right away.

While Twitter Photos is done in partnership with Photobucket, the company wants to make it clear that you don’t need a Photobucket account to use it. Further, the photos are only going to be visible on Twitter, and not on Photobucket itself.