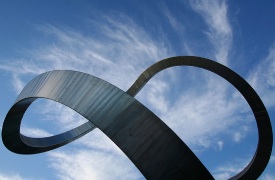 Why is eBay buying Where.com? It’s all about trying to link mobile ads directly to payments. Where will fall under PayPal. The geo-location service and mobile advertising company already has millions of active users across many mobile platforms (it is stronger on Android than on the iPhone). Where serves up both recommendations for nearby places to places to eat, drink, play, or shop and geo-targeted ads. Its WhereAds run across more than 350 mobile apps and publishers, and reach 50 million people with 3 billion impressions a month.

A few months ago, I had a pretty in-depth conversation with Where CEO Walter Doyle. He hinted at the direction he wanted to take Where. “The promise of mobile is on our doorstep,” he told me. The ultimate goal is to close the loop “from intent to purchase,” he said. “Whether you are searching, or you get deals or relevant display ads that drives you to a product or opportunity.” To do that, Where needs to offer local merchants “reach, relevancy, and redemption.” It’s got reach with its WhereAds, and is working on relevancy with its mobile recommendations. And now it can solve the redemptions challenge with PayPal. “Advertising of the future is really participating in the commercial event,” Doyle told me. “We make money when you make money. We want to participate in that on mobile because that is where commerce will occur.”

But just think about that for a second. The power of Groupon and other daily deals services is that there is a closed loop from someone seeing an offer for a local merchant to purchasing a service, and Groupon can track that because it collects the payments. (Foursquare is also starting to link payments to check-ins through a partnership with Amex). What Groupon is missing is the mobile component, but it’s working on that too with its upcoming mobile apps and acquisition earlier this week of the team behind Whrrl. Where has the mobile component and geo-targeting capabilities, but what it’s missing is the payments.

Imagine seeing a mobile ad or offer, either on one of Where’s own apps or on any app participating in the WhereAds network and the ad gives you an incentive to redeem the offer and pay with PayPal. Where would then be able to track not only who saw an ad, and who clicked on an ad, but who actually went on to buy something. At that point, it doesn’t make much sense to charge for ads by clicks or impressions. It becomes more of a cost per action (CPA) model in which merchants share a portion of each transaction with Where and the publishers in its ad network). Doyle thinks local merchants would gladly share 15 percent to 20 percent of each deal to drive more transactions (after all, they are sharing 50 percent with Groupon right now).

Just to be clear, my conversations with Doyle occurred well before the eBay deal, and whether any of this is still the plan going forward is anyone’s guess. (He is not returning my calls this morning). But it certainly makes a lot of sense. If mobile advertising is about driving local transactions, a revenue-share model that can be tracked from intent to purchase is certainly a big opportunity. The challenge for Where will be showing relevant ads that actually drive purchasing, and getting people to purchase with PayPal.

Update: I just got off the phone with Where CEO Walt Doyle: “You nailed it,” he says. ” eBay is about connecting buyers and sellers and Where is about connecting people with places.” Now eBay will be able to connect all three. He notes, however, that PayPal won’t be the only payment option, but that it will obviously bring advantages to the table.

The other aspect to the deal which may be under-appreciated is the sheer amount of data eBay has from all of its commerce activities. To the extent that Where can tap into that data, it could give it a leg up in showing relevant offers and ads.

Where will stay in Boston. It currently has 120 employees and is growing 30% in revenues every quarter. Doyle wouldn’t comment on the price, but BostInnovation blogger Gregory Gomer pegs it at $135 million.