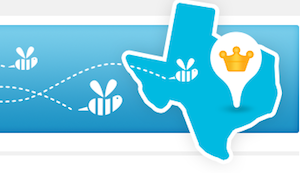 Of all the startups launching things at SXSW this year, the most closely watched may be Foursquare, since they’re a company that got their beginning at the conference two years ago. And it’s looking like they’re not going to disappoint.

A couple weeks ago they gave a hint of what they had cooking: “NEW APP + NEW BADGES + PARTIES + CONCERT + MOAR”. Now we know a little bit more. As you can see on this page, the plan is to launch the Foursquare 3.0 app, host a party on Saturday night, host a concert on Monday night, and launch 18 new badges to earn during the conference.

But there really is more.

Earlier we detailed the fun sponsorship of the RVIP Lounge — a karaoke bus that will travel around throughout the conference and will have a “Mayor Throne”. There will also be a four square (the actual schoolyard game) court they’re doing alongside Pepsi.

But that’s kids stuff. The really big deal is the one they’ve signed with American Express. Yes, Foursquare can be tied to your credit card starting next week.

The Wall Street Journal has the details of this partnership. There’s no other way to put it: it’s a genius maneuver by both sides.

Here’s the basic gist: American Express cardholders will be able to tie their cards into their Foursquare accounts beginning next week. This will allow Foursquare users to get special offers from merchants simply by swiping their cards to pay for things in Austin. 60 local merchants will apparently be involved in the promotion.

So what type of deals will Foursquare/Amex users get? The main ones will be “spend $5, save $5” deals, WSJ reports. There will be other offers pushed out to customers via mobile devices as well.

One thing that’s not a part of this partnership: checking-in. You won’t be able to swipe your credit card to check yourself in to a venue just yet, we hear. But eventually, that is a part of the plan as the program evolves.

Also not a part of this partnership: money for Foursquare. This isn’t a revenue-generating program for them. Instead, it’s a test of a way to eventually make money.

And if it works, there’s potentially a lot of money to be made down the road. Foursquare could become the loyalty layer on top of credit cards. That could be a win for credit card companies, for venues, and for Foursquare. Again, it’s genius. 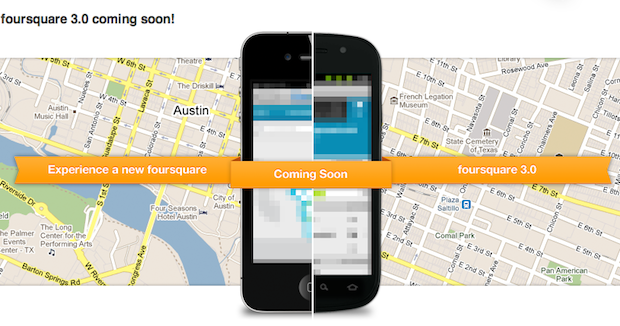