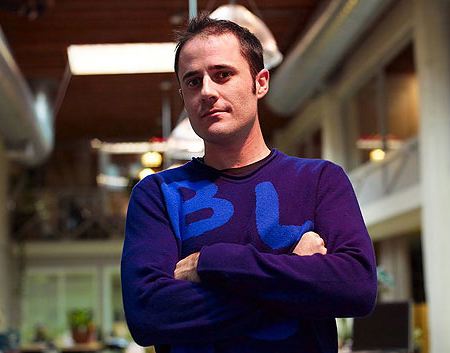 Today’s return of Twitter inventor Jack Dorsey to the company he created to once again head up its product efforts raises the question of what will co-founder Evan Williams be doing now. When he handed over the CEO reigns to Dick Costolo last October, the company said he was going to focus more on the product side of things. Dorsey is now the head of product and the two co-founders have a contentious relationship. (Early investor Fred Wilson describes the relationship like that of John Lennon and Paul McCartney of the Beatles: “They made great music together for a while, but then they both kind of got ambitious about things and didn’t see eye to eye anymore.”)

It’s an open secret in tech circles that Williams is not spending that much time at Twitter anymore. His absence has been been noted in various news reports, but it’s usually stated as rumor or from unattributed sources. Well, it’s true and it’s official. Today, I asked Twitter about Ev’s current role in light of Dorsey’s taking over the product lead. A company spokesperson sent me the following statement:

Ev decided a couple months ago to be less involved day to day at Twitter. He continues to have a close relationship with the company providing strategic advice and, of course, he remains an active board member.

So what is Williams doing? In today’s article on Dorsey’s return, the New York Times reports:

Mr. Williams, meanwhile, has been spending less time in the office and long periods in Tahoe, where he is mulling a new start-up idea, according to several people with internal knowledge of the goings-on at Twitter.

Twitter is now five years old, which is a long time for someone like Williams who likes to start new things. Twitter’s in good hands. It’s time for something new.

Anyone who follows Williams on Twitter (@ev) might have noticed that his Tweets have dropped off significantly since the beginning of the year. He hasn’t even Tweeted about Dorsey’s return yet. 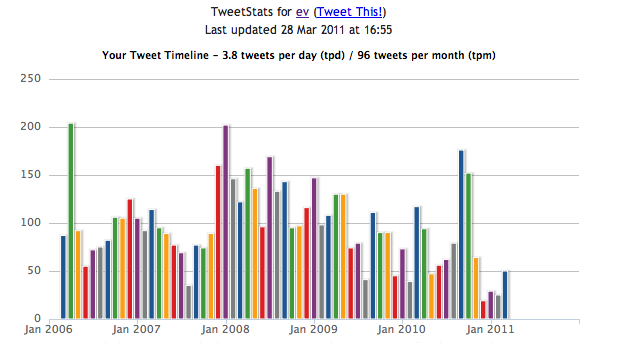