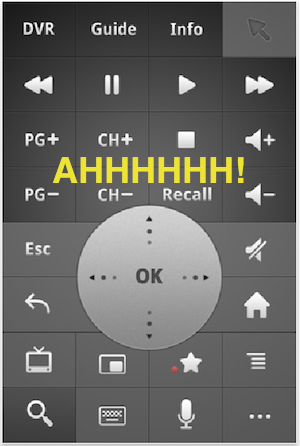 Back in October of last year, I got my first glance at the Sony Google TV remote. I immediately broke out into a cold sweat and hives. I mean, just look at the thing. Our collective living rooms are already a nightmare of boxes and cords — Sony and Google managed to translate that nightmare into remote control form as well. And now that nightmare is going virtual.

Earlier today, Google announced the Google TV Remote app for the iPhone. On one hand, it’s great that they’re willing to release this on a rival platform. On the other, ahhhhhhhhh!

To me, the big benefit of an app-based, touchscreen remote is that you can do away with the conventions that have constrained remote controls for decades. Google does that somewhat with things like the cool voice search. But they also manage to fill the app with a nightmare jumble of buttons. I mean, you’re going to need a manual to figure out what all of those buttons do.

The layout of the buttons when all of them are exposed seems to make very little sense — they clearly have just crammed as many buttons as they can on to a single screen. In the screenshot on the right, I count 33 buttons. 33!

In their post, they tout how you’re can easily see the buttons at night thanks to the backlit screen. And that’s good because you’re going to need to be constantly looking at this thing to make sure you don’t hit the wrong button — or several of them.

Compare this app to the Remote app that Apple makes for the Apple TV. That app has almost no buttons. Instead, they focus on a large touchscreen area so you can use the remote without looking at it. This has long been the only good thing about button-based remote controls. Google managed to kill the only good thing while porting the bad, Apple did the opposite.

To be fair, Google TV is a different beast than Apple TV. With Google TV, you need a remote that can control traditional television channel navigation. But there are different ways you can do this other than virtual “+” and “-” buttons. Swiping, would work, for example. And why are there dedicated play and pause buttons? This is a virtual environment, shouldn’t one just transform into the other when pushed?

The recently launched startup Peel also does a nice job with their app controls. Again, it’s not a nightmare of buttons, but a re-thinking of how remotes should work as digital applications.

Of course, if you do have a Google TV and an iPhone, this app does beat the hell out of using this. 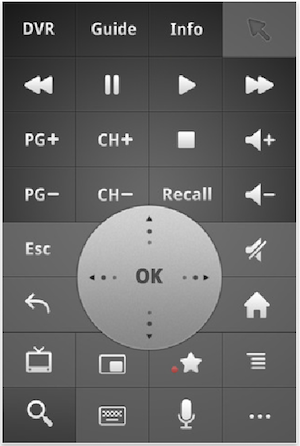 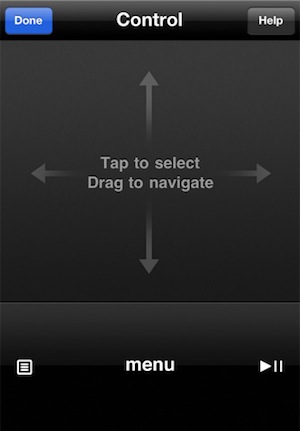