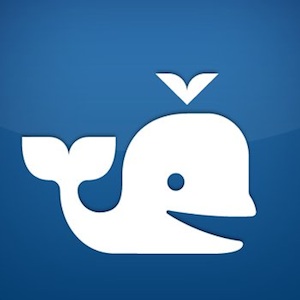 Here’s what we know: Facebook has acquired both the product and the team, and the plan is apparently to keep the service open for now. With past acquisitions, Facebook has only acquired companies for their talent. But this time it’s apparently a bit different, as they’re interested in both the talent and the technology behind Beluga.

It was barely two months ago that we first wrote about Beluga — when I called it my “group messaging white whale“. Since then I’ve been a non-stop user of the service and figured it would be one of the stand-out stars at SXSW this year. Today changes things a bit, obviously.

But that doesn’t change the fact that the technology behind the product did seem to be rock solid — so this was a good, fast move by Facebook.

And they had to be fast. Beluga had been in the midst of raising an angel round of funding — and the round was getting very competitive, we’d heard in recent weeks. It would seem that Facebook made the small team of three (all of whom are ex-Googlers) an offer they couldn’t refuse.

Terms of the deal have not been disclosed, but we do know that the Beluga team will be working with the groups and messaging teams at Facebook.

We’re psyched to confirm that we’ve just acquired the talent and assets of Beluga, whose simple and elegant mobile apps blew us away as a solution to help groups of friends stay in touch on the move. We’re looking forward to welcoming co-founders Ben Davenport, Lucy Zhang and Jonathan Perlow, and we’re excited that the team will continue their vision for groups and mobile communication as part of Facebook.

On the topic of it shutting down, Facebook has this to say:

For now, Beluga will continue to function as it does today. Beluga accounts and data will not be lost. We’ll be providing more details on future plans for Beluga in the coming weeks.

To me, this deal makes a lot of sense from Facebook’s perspective. The group messaging space is about to explode and Facebook, with both Groups and Messages, should be at the forefront of it. But in order for that to happen, they need a better mobile experience for each. And with Beluga, they got just that.

The question now is if they roll it fully into the Facebook app experience, or if they use the Beluga technology for a new stand-alone one just based around messages. You’d have to believe it will be the former, but again, they clearly liked what Beluga was doing as a stand-alone product.

Update: And here’s the post on the matter from Beluga:

We are happy to announce that Facebook has acquired Beluga!

Since launching Beluga, we’ve appreciated all the enthusiasm and positive feedback from our users. We’re excited to continue to build our vision for mobile group messaging as part of the Facebook team. Beluga and Facebook are committed to create new and better ways to communicate and share group experiences.

For now, Beluga will continue to function as it does today. Your Beluga account and data will not be lost. We’ll be providing more details on future plans for Beluga in the coming weeks. Stay tuned!

Update 2: On the topic of being acquired rather than take funding, co-founder Ben Davenport tells us:

In the process of talking to Facebook, we found our vision aligned very well with theirs. Many people inside Facebook are big fans of the app. We are very excited to work together to bring a great mobile group experience to a lot more users!