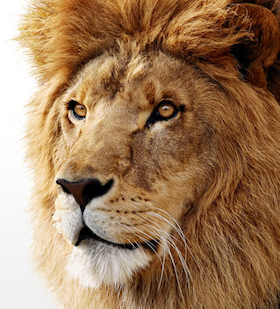 The iPad 2 nears! An iPad 3 is on the horizon! iPhone 5 is coming! Maybe an iPhone nano! New MacBook Pros! New iMacs! Maybe even an Apple television! Of all the Apple rumors out there right now, there’s a odd lack of talk about something we know is coming — and soon: OS X Lion.

Back in October of last year, Apple gave an official sneak peek of Lion and stated that it would launch in “summer 2011”. The first official day of summer is exactly 4 months away. And yet, Apple has been largely silent about the new OS since that preview four months ago. We now have the Mac App Store which we know will be a key ingredient, and likely points to some other things about the OS as well. But there has been no official update out of Apple about Lion. So where does it stand?

Well, first of all, from what we’re hearing, Apple is now using it internally. That they’re testing it shouldn’t be surprising, but it’s apparently being widely used internally. Recent statistics seem to confirm this. Looking over the TechCrunch logs, it seems that OS X 10.7 (Lion) has been seeing a surge of usage in recent weeks. After peaking in late August/early September, stats fell off a bit. But now they’re soaring again, indicating that full-scale internal testing is underway.

And while we already know some of the new features thanks to Apple’s preview, there are still a few surprises, apparently. One of these is a much-anticipated UI overhaul. But that means that developers are going to need to be ready when it rolls out. And along those lines, we’re hearing that a developer beta should begin soon. There’s no firm timetable for this yet, but again, we’re only 4 months away from the summer.

Apple has also been busy prepping the lastest version of OS X Snow Leopard, 10.6.7. And developers have been receiving builds of it for weeks now. But that development cycle will remain separate from the OS X 10.7 track.

Meanwhile, new MacBook Pro updates are slated for this Thursday, and that may include hardware slightly modified to run the new OS X better. These are likely to be the last hardware updates before OS X Lion hits. Bigger trackpads for better multi-touch support? A dedicated SSD element for the OS? We’ll see.

All we know for sure is that the sleeping Lion is stirring, and about to get a lot louder so it can roar this summer.