One of my big predictions for 2011 is that we are going to start to see open databases for places spring up and take hold. Hyperpublic, which just launched today, is doing just that by creating an open database of people, places, and things tied to specific locations. “We are trying to structure the data in your local world,” says CEO and founder Jordan Cooper, who is also a partner at Lerer Ventures. In the video above, he gives me a quick demo of the service. 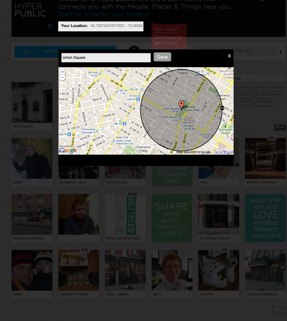 You can upload any “object” to Hyperpublic as long as it has geo-coordinates. An object is simply a picture with tags and a location. These could be a restaurant on Second Avenue in New York City, used ski boots for sale on the Upper East Side, or a startup founder (with the location being where he works). The site was seeded with about 2,000 objects in New York City and San Francisco, and now anyone can populate it. Objects can be added via the website or simply by snapping a picture on your cell phone and emailing it to add@hyperpublic.com once you have an account set up.

The idea is that you can set your location and then search for things around you. You can filter by places, people, or things, set the radius of your search, or search by tags. If you recognize someone you can send them a message, or clip any object to save it in your own collection.

The point of Hyperpublic is to “capture local experience, organize it, and display it,” says Jordan. He thinks of it as capturing the last mile of data on local objects—not just places, but things inside places. Stores and merchants could use it to show their products for sale. If you are looking for men’s suits within a 10-block radius, and enough stores or shoppers had uploaded and tagged suits in nearby stores, you could search for suits in the vicinity and see what was available as one example.

“People are going to start using the camera on this phone for utility instead of aesthetic value,” predicts Cooper. “More and more it will be used to capture information, and support their memory.” The success of Evernote supports that theory, but Hyperpublic wants to build a foundation for hundreds more apps like that.

The site today is step 1. Once the database begins to fill up, Jordan wants to open it up to anyone who wants to use it to pull data into other apps. Once the database is exposed via an API, Hyperpublic will join other location databases such as those from SimpleGeo and Factual as a resource for developers. 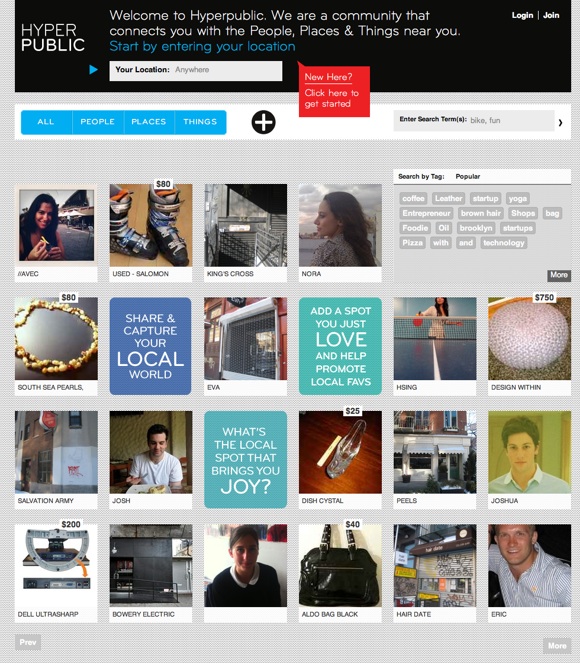