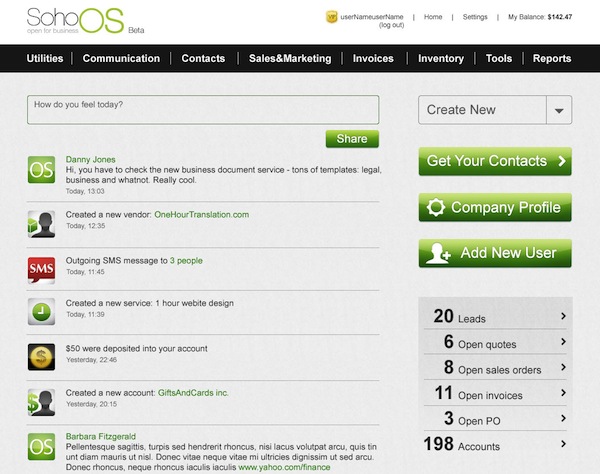 It looks like Mangrove Capital Partners believes in the business opportunity held in helping small businesses, do more, well, business. The Luxembourg-based venture capital firm has invested $1.75M in SohoOS to further propel the company’s small business management suite. Michael Jackson, previously COO of Skype, will take a board seat.

The concept behind SohoOS’s offering is to put business utilities that are common for medium to large businesses with resources, in the hands of both online and offline small and micro businesses. Think designers, programmers, plumbers, yoga instructors, small PR firms, consultants, the list can go on and on.

Since debuting on TechCrunch nearly a year ago, 20,000 businesses have become active accounts on SohoOS’s platform, making use of features such as invoicing and billing (without the need to open a merchant account), CRM, email and SMS broadcast, a sales flow manager, as well as document and project management.

The company has chosen to forgo early revenue for the sake of distribution. As such, the service is being offered completely free-of-charge. Certain premium services, however, such as bulk-SMS packages and VoiP services are offered at additional costs. These though are priced on a pay-as-you-go basis, and most companies can probably live without them and use SohoOS without spending a penny.

Ron Daniel, CEO, gave me a glimpse of a soon-to-be-realsed iPhone app for business management on the go. The app, along with a localized version of the service in several languages, will both be rolled out in the coming months. The investment from Mangrove will be used to scale the team as well to maintain the free version of the service. We’ll continue to keep tabs on the company and see whether Mangrove’s investment was money well spent. 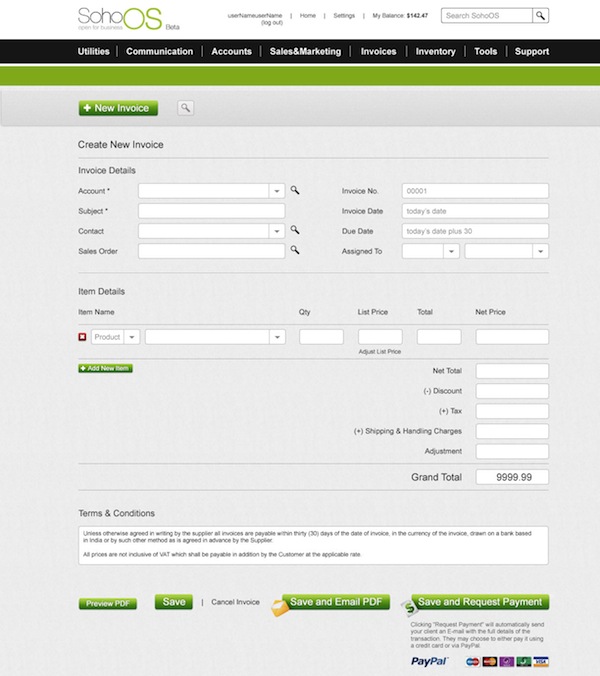