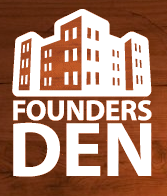 Over the past several months, there’s been a shift happening in the Bay Area. Whereas a lot of startups used to be centrally located in actual Silicon Valley, near the tech giants, Stanford, and the venture capitalists, they’re increasingly moving north, to the city of San Francisco. (Technically, TechCrunch was one of those startups, we moved to the city in June from Palo Alto.) So it should be no surprise that a number of incubators are popping up in the city. But Founders Den, which is opening its doors today, is attempting to be a bit different.

Founders Den isn’t actually an incubator at all. Instead, it’s a shared office/club for entrepreneurs — all types of entrepreneurs, from experienced ones who have sold companies, to those just starting out. The idea is for them to all come together in this new, large 8,500 square foot space in the SoMa area of San Francisco. We got a chance to tour the place last week — it’s very, very nice (check out the video below).

But it’s a private club. You have to be invited to join. The idea there is so it’s a comfortable environment for all those who are there.

So who is there?

Well the Founders Den is the brainchild of four entrepreneurs: Jason Johnson, Jonathan Abrams, Michael Levit, and Zachary Bogue. Given the amount of experience between the four (and they’re all working on new startups themselves), they were able to pull together an impressive list of advisors who will also regularly be in the Den. These include people like Drew Houston, Elad Gil, Ethan Beard, Gil Penchina, James Hong, Jay Adelson, Justin Kan, Keith Rabois, Michael Birch, Michael Marquez, Philip Kaplan, Rick Marini, Rusty Rueff, Shervin Pishevar, and Tim Ferriss.

This is the perfect spot for a joke about the Founders Den having more Angels than Heaven. 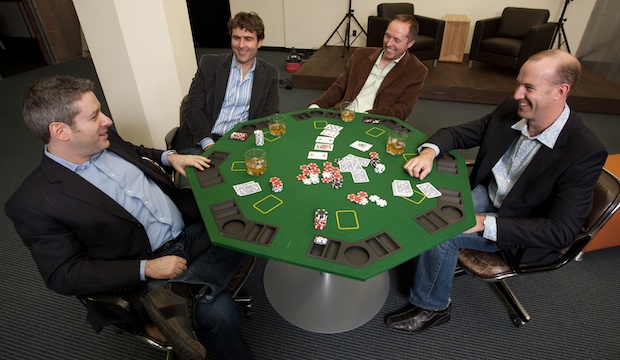 The Den will also feature four initial sponsors: DLA Piper, Norwest Venture Partners, SecondMarket, and Turnstone/Steelcase. Each of these companies are free to come and go from the Den as they please as well. The money they contribute to the Den will go towards paying the rent and putting on events.

But the key to the Founders Den may the actual startups that are able to get inside. Already, there are ten such pre-launch startups that have moved in and are working in the space:

Each came by way of referral from the network of the individuals listed above. That’s how you get in: referral. There’s no strict application process — someone with clout in the Founders Den just has to vouch for you.

And if you get in, you’ll have about 6 months to work on your startup while paying a low rent and getting access to all the amenities: the space, the people, and the events. Typically, startups working out of the Founders Den will be post-seed funding but working on raising their first proper round. And while there is no formal funding policy, with that many angels regularly hanging around, you can bet there will be a lot of action going on.

Learn more in our video below.