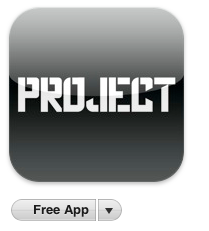 As expected, Virgin’s new iPad-only magazine Project has hit the App Store. Most had been anticipating it at some point later today, but it actually went live in the U.S. store right around midnight PT. We’ve just managed to snag a copy after a pretty lengthy download (these magazine makers really need to get these file sizes under control).

We’ll do a more thorough walk-through once we’ve actually sat down and read the thing. But at first glance, Project looks nice. The interactive movie cover reminds me a bit of the newspapers in the Harry Potter films. Of course, once I got past the cover, it took me a bit of time to figure out how to navigate through the damn thing. But I eventually got the hang of it.

The Project app itself is a free download, but you have to buy the issues. The first one, with Tron: Legacy star Jeff Bridges on the cover, is $2.99. But apparently that’s a one-time price for the whole month and you’ll get new content every once in a while — at least I think that’s how it’s going to work.

More to come. For now, find the app here.

Update: As a reader notes in the comments, the Project app requires iOS 4.2, the latest version. So if you haven’t updated yet, now would be the time if you want to see this app in action. 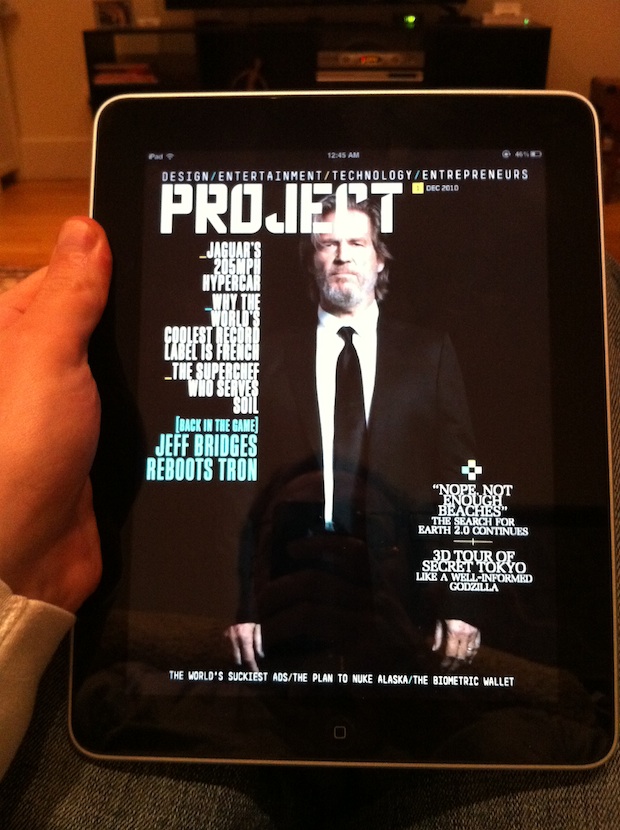