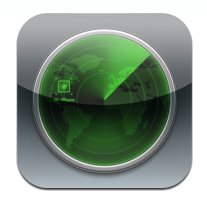 Over the weekend, some rumors were circulating that Apple might be on the verge of making MobileMe free to some iOS users. This news (which seems to come up about once a quarter) sprung out of some code in the latest golden master build of iOS 4.2 (which was officially released today). Well, sadly, the rumor isn’t true. Well, it mostly isn’t true.

You see, with iOS 4.2, Apple is making one part of MobileMe available for free: Find My iPhone/iPad. Users will be able to sign up for a free MobileMe account for the first time in order to use the service, which works on iOS devices in the form of an app. However, those users signing up for free accounts will not be able to use the other MobileMe services without paying the regular $99-a-year price, we’ve confirmed with Apple.

Find My iPhone/iPad allows users to remotely find a missing or misplaced device by using location based services to locate it. You can send messages to it, tell it to make noises so you can find it in your home, remote lock it, or remote wipe it (if it is stolen).

Just among people I know, the service has saved many an iDevice from being left at a venue, or being buried for months in a couch cushion. One friend, who shall remain unnamed, even found their’s in a bush outside where they may or may not have been using the restroom. There are also the stories of the feature recapturing iDevices from thieves. And now that it’s free, would-be robbers better think twice before climbing in your windows, and snatching your iPads up.