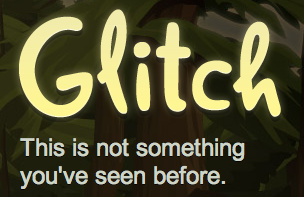 Since we first reported on a company called Tiny Speck back in July of 2009, there has been a lot of interest in what they are working on. You see, it’s a company founded by a bunch of people who helped start Flickr, and their project, Glitch, is actually a return of sorts to Flickr’s gaming roots. Last February, we did an early preview of the game. And in August, we noted that testing was well underway. An update to Glitch today brings a brand new website and a new video to explain the game.

This new exposure comes after a weekend in which Glitch underwent its most extensive user testing yet. The game was open for some 74 hours over the weekend, and thousands of users (of the tens of thousands in the waiting line) were let into the game to try it out. The test looks like it was a successful one, and the new website says that the game is now on track for beta testing early next year, with a tentative launch also slated for early next year. The company promises that going forward, they’ll move all updates from their private alpha blog, to the company blog.

But the key to Glitch (if you can’t play it) is to see it in action. So check out the video below. Yes, it’s weird. Yes, it’s awesome.