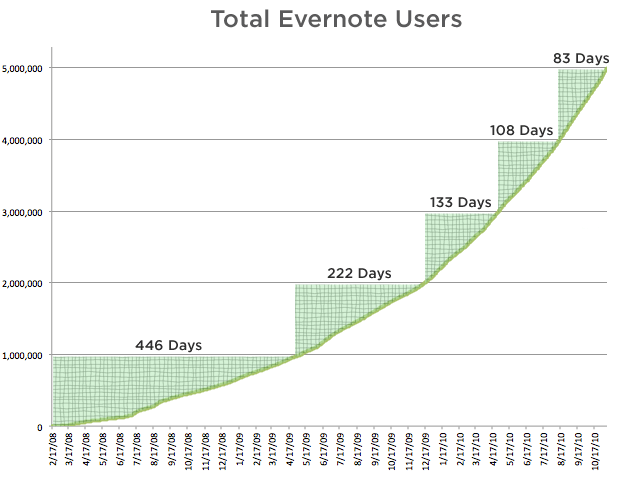 Mere weeks after raising a $20 million round from the likes of Sequoia Capital and Morgenthaler Ventures, memory enhancement service Evernote is today announcing that they’ve hit 5 million users.

The news, which Evernote just announced on its blog, comes less than three months after the startup reached the 4 million users milestone.

In other words, the time to add another million users keeps getting shorter for Evernote (22,130 users signed up yesterday, the company claims).

As you can tell from the graph above, they’ve gone from 4 to 5 million users in just 83 days.

Evernote in the blog post says they’ve hit more records in the past few weeks, too, including the highest daily revenue from Evernote Premium subscriptions.

If you’re an Android user, you might want to check out the latest version of Evernote’s Android app, which was just released.

The company promises to push updates to its Mac, iPhone and iPad apps soon. 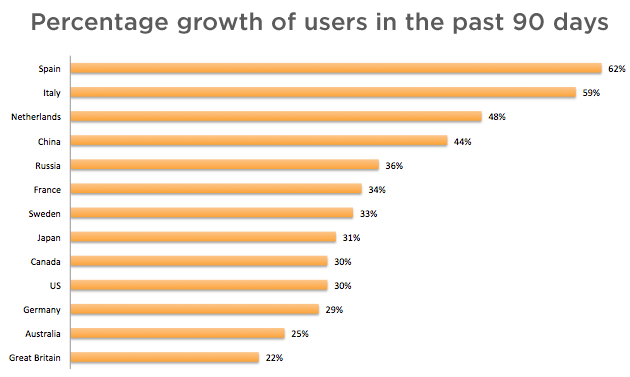