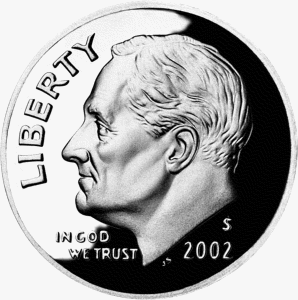 By now you may have heard that Google today settled a privacy lawsuit filed by a group of Buzz users. What’s sort of odd though is that Google actually emailed all U.S.-based Gmail users (Buzz resides within Gmail) to let them know about the resolution. And, apparently, also to let them know that they’re not getting a dime.

Instead, the $8.5 million settlement money will be placed into an independent fund which Google says will support organizations working on privacy education and policy on the web. The search giant promises to do their part to help better educate users about privacy as well.

Google’s email today starts with: “Google rarely contacts Gmail users via email, but we are making an exception…” But at the bottom, you can see why they did this — they had to. “This mandatory announcement was sent to all Gmail users in the United States as part of a legal settlement and was authorized by the United States District Court for the Northern District of California.”

Consider this a very public apology.

Of course, none of this addresses perhaps the more troubling issue about Buzz: its usefulness, or lack-thereof. Below, find the full email. You can find out more about the suit here.

Google rarely contacts Gmail users via email, but we are making an exception to let you know that we’ve reached a settlement in a lawsuit regarding Google Buzz (http://buzz.google.com), a service we launched within Gmail in February of this year.

Shortly after its launch, we heard from a number of people who were concerned about privacy. In addition, we were sued by a group of Buzz users and recently reached a settlement in this case.

The settlement acknowledges that we quickly changed the service to address users’ concerns. In addition, Google has committed $8.5 million to an independent fund, most of which will support organizations promoting privacy education and policy on the web. We will also do more to educate people about privacy controls specific to Buzz. The more people know about privacy online, the better their online experience will be.

Just to be clear, this is not a settlement in which people who use Gmail can file to receive compensation. Everyone in the U.S. who uses Gmail is included in the settlement, unless you personally decide to opt out before December 6, 2010. The Court will consider final approval of the agreement on January 31, 2011. This email is a summary of the settlement, and more detailed information and instructions approved by the court, including instructions about how to opt out, object, or comment, are available at http://www.BuzzClassAction.com.

Also sort of funny, we’ve gotten quite a few tips about this email obviously, and a number of people are saying it went straight to their Spam folder. I checked mine — sure enough, there it was. Nice filtering, Google.