After unprecedented user backlash as well as a majority vote on a recent poll on whether Digg should bring back the controversial “Bury” button, new Digg CEO Matthew Williams today confirmed that the social news aggregator would be bringing back many of the beloved Digg Version 3 features in the coming weeks, essentially bringing back the old site with new code. As far as we can tell from his post the part about officially bringing back the “Bury” button is new information,  but the “Upcoming” section has been back for about a month, which makes Williams’ “In the past two weeks ..” statement inaccurate.

“Recently, we’ve been reinstating a number of the features that many of you loved about Digg. In the past two weeks we’ve brought back the “Upcoming” section, started restoring user profiles from the previous version of Digg, and made small but important tweaks to the site including better pagination. In the next few weeks we’ll bring back the bury button, restore all user profiles (including comment and submission history), add filters and navigation for videos and images, provide a tool for users to report comment violations, and update the Top News algorithm and overall site design based upon your feedback. The result will hopefully be a much better web site experience.”

It seems as though post-revolt Digg is now treading carefully with regards to user feedback, to the point of providing users with a full-on survey regarding Digg Version 4 changes. Early reaction from users is mixed with the basic sentiment being “too little too late.”

Says one power user who wished to remain anonymous, “I fear that a couple little small changes now, although they MIGHT be a helpful, don’t do anything to really bring back the people who have left the site… and that’s what the people who use the site care about. Digg has scared away so many people now, that it is very hard to stick with them, especially when sites like Reddit are providing better user experiences and have happier communities.” 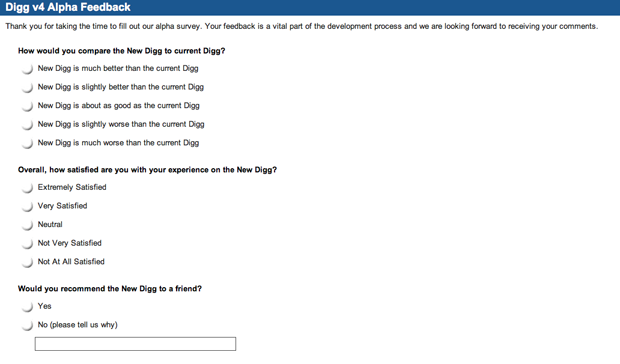 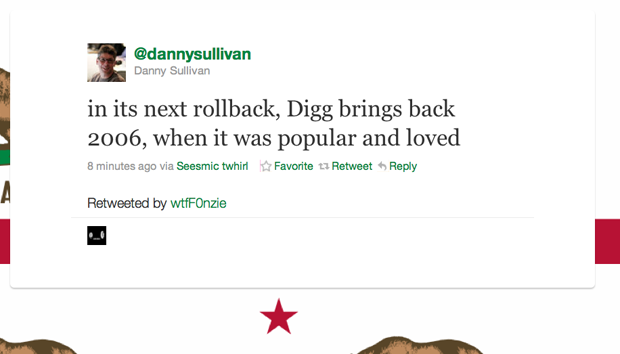