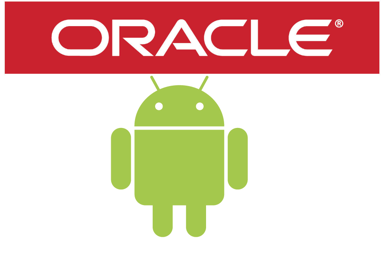 Last month, Oracle decided to sue Google over its Android mobile operating system, alleging that Google had infringed on seven Java patents related to the OS and its Dalvik virtual machine. Oracle, of course, acquired the relevant Java patents when it bought Sun Microsystems last year, and now it’s eager to cash in on the Android phenomenon. Google initially responded to the claim by calling it a “baseless lawsuit“, and it’s just filed an answer and counterclaims with the court, including a motion to dismiss the suit entirely.

A Google spokesperson has given us the following statement:

“It’s disappointing that after years of supporting open source, Oracle turned around to attack not just Android, but the entire open source Java community with vague software patent claims. Open platforms like Android are essential to innovation, and we will continue to support the open source community to make the mobile experience better for consumers and developers alike.”

Google’s response, which we’ve embedded below, details the history of Java and its origins at Sun. It points out Oracle’s repeated calls in the last few years for Sun to fully open-source the Java Platform and for the Java Community Process to provide “a new, simplified IPR [intellectual property rights] Policy that permits the broadest number of implementations”. However, according to Google’s filing, Oracle’s stance changed as soon as it bought Sun:

Only a couple of months later, in April of 2009, Oracle Corp. announced that it would be acquiring Sun (renamed Oracle America after the acquisition was completed in January of 2010). Since that time, and directly contrary to Oracle Corp.’s public actions and statements, as well as its own proposals as an executive member of the JCP, Oracle Corp. and Sun (now Oracle America) have ignored the open source community’s requests to fully open-source the Java platform.

This isn’t the only legal battle Google is facing over Android. A few days ago, Microsoft decided to sue Motorola over patents related to the OS — a suit that is conveniently timed to coincide with the impending launch of Windows Phone 7. The rationale? Google’s Android is free, which Microsoft can’t very well compete with, so it’s trying making sure there are some patent fees associated with the OS (Microsoft already successfully bullied HTC into signing a patent licensing agreement). Google has also issued a response to that suit:

“We are disappointed that Microsoft prefers to compete over old patents rather than new products. Sweeping software patent claims like these threaten innovation. While we are not a party to this lawsuit, we stand behind the Android platform and the partners who have helped us to develop it.”

Apple also has its own legal war against Android — in March it filed a suit claiming that HTC was violating 20 patents.

I’m no lawyer (hey, at least I’m upfront about it), but these patent disputes seem like bad news for the industry as a whole. We’re at a very important point in the development of mobile devices, as multiple platforms surge back and forth and web apps prepare to take on native apps for mobile supremacy. I’d like to think that, five years from now, the winning platforms will be the ones that best adapted to consumer needs — not the ones that had the largest portfolio of vague, decade-old patents and most experienced legal teams.

Update: Oracle spokesperson Deborah Hellinger has given us this statement:

“In developing Android, Google chose to use Java code without obtaining a license. Additionally, it modified the technology so it is not compliant with Java’s central design principle to “write once and run anywhere.” Google’s infringement and fragmentation of Java code not only damages Oracle, it clearly harms consumers, developers and device manufacturers.”