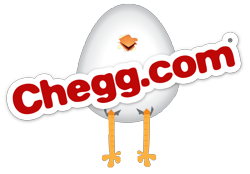 Textbook rental juggernaut Chegg raised another $75 million from a Hong Kong investment firm called Ace Limited. This new round, which is a series E, brings the total capital put into Chegg so far to $219 million. The company raised its last round of $57 million just last November.

Chegg rents textbooks to college students, which is a capital-intensive business, requiring warehouses, keeping massive inventory, logistics, and shipping. As Chegg grows, so does its need for capital. But the more it scales, the harder it becomes for others to compete. Chegg CEO Dan Rosensweig will be speaking at Disrupt tomorrow, where I will ask him what he plans to do with so much capital.

Chegg’s main competitive advantage comes from buying textbooks at wholesale, managing its warehouses, and its customer service. All of that takes a lot of money. But Chegg has found a sweet spot in that it is disrupting the quasi-monopolistic pricing for both used and new textbooks at college bookstores. Here is a detailed analysis of Chegg’s business model that we ran earlier this summer.