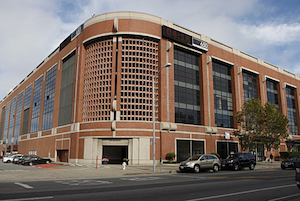 And I thought our new office was big.

It turns out, we have nothing on Zynga, the social gaming juggernaut that is moving practically right next door. (And it is actually right next door to the San Francisco Design Center, where we’re holding TechCrunch Disrupt starting next Monday.) Their new office at the Townsend Center at the corner of Townsend St. and 8th St. is reportedly 270,000 square feet, the San Francisco Chronicle reports.

According to the Chronicle, that’s about half the size of the Transamerica Pyramid (the iconic building you see in San Francisco skyline pictures). And it’s enough room for over 2,000 workers. Currently, Zynga has about 1,200 employees — which is already insane. Facebook itself, for example, is listed as having about 1,700.

Apparently, this is the biggest new lease signed in San Francisco in almost four years.

And clearly Zynga has the money to make this move (they currently have a series of offices in the Potrero Hill area of San Francisco). Their revenues are exploding — they may surpass $500 million this year. And then there’s that massive investment from Google, which they still won’t fully confirm.

Zynga will apparently be redesigning the interior of the building and working on the exterior as well before they move in. During the dot-com days, this building housed Macromedia and Sega of America at various points.

Welcome to the neighborhood, Zynga. Prepare for a turf war. 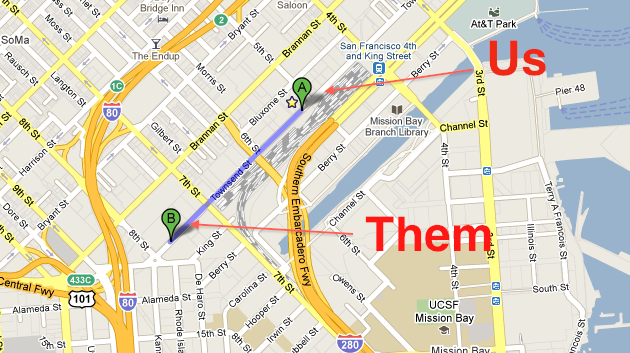