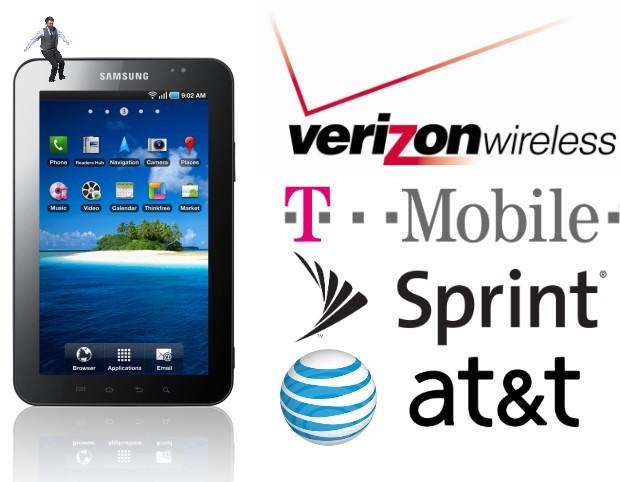 We’ve just wrapped up our live coverage of the Samsung Galaxy Tab event in New York, and Samsung has just announced what we pretty much knew from last week’s rumors: their tablet will be launching on all the major carriers. AT&T, Verizon, T-Mobile, and Sprint will all have the device. There will also be a wi-fi-only version, but no 4G.

No pricing from Samsung or any of the carriers; we’ll update this post if and when more information is released. No pricing on the Media Hub, either. Maybe holding this press conference was a bit premature, Samsung!