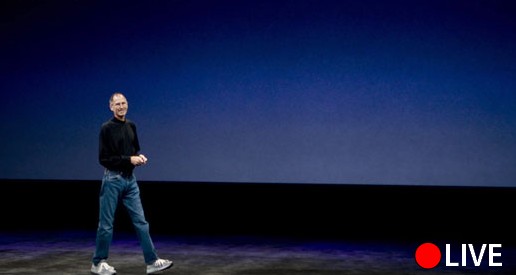 If you’re interested in what Apple’s got cooking for tomorrow’s big event, Apple has just announced you’ll be able to watch it live at Apple.com (where else?), starting at 10AM Pacific. As a veteran liveblogger, I have to say I am a bit disturbed at being phased out after only a year or two of use. In fact, most events worth writing up as they happen are now offering free live streams — not that it’s a bad thing. And of course we’ll be reporting it live anyway.

Apple doesn’t often do this, though, so either they’ve just upgraded their servers and feel like inaugurating them with a hundred thousand concurrent streams, or they’ve got a very interesting show planned.

We are expecting the new iPods, of course — the improved iPod touch with Retina screen and possibly dual cameras, and the new Nano with its 3cm square touchscreen. The much-whispered iTV is also expected to make its debut, but your theory is as good as mine as to what exactly it will be. We’ve just heard it will have Netflix, but there’s very little these days that doesn’t have Netflix, so that’s not exactly enlightening.