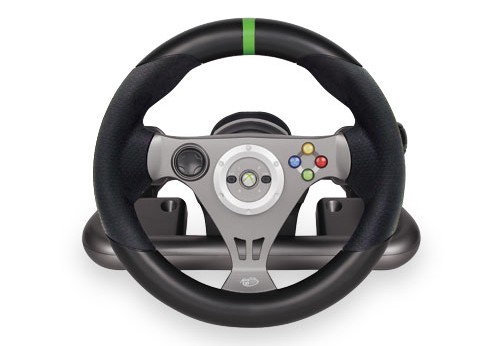 Mad Catz is dropping mad gearz all over Gamescom. Unfortunately, they haven’t sent us mad picz, so some details escape us. Basically, though, you’re looking at a nice racing wheel for the Xbox 360 with the usual fixins: battery power, pedals, buttons, the works. Update: got a better picture. 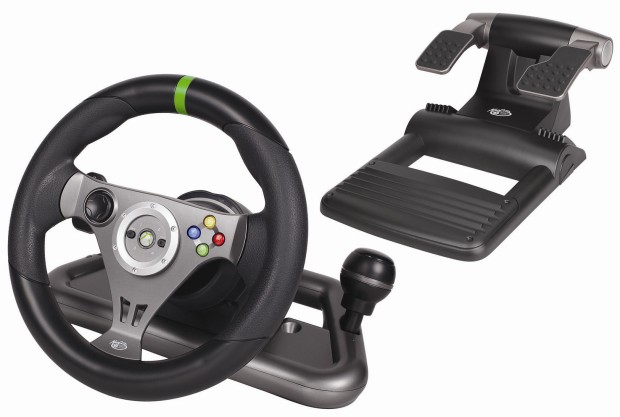 It takes three AAAs (generously included), which they say will power it, and I assume the pedals, for 40 of your Earth hours. As you can see, it has the buttons and D-pad conveniently mounted in the horn (or trumpet, in British) positions. There is a tiptronic shifter that you can place on either side of the wheel, a port for your headset, and a clamp so you don’t end up steering the controller right off your lap (disclaimer: clamping controller to your lap not recommended).

They don’t mention the degrees it turns — I like ones with a lot of spin and just a little springback, but it’s impossible to say whether a controller like this floats your boat until you’ve gone a couple of laps with it.

There’s no date yet, but it should cost $130 when it’s released. I’m going to just go ahead and guess late autumn/early winter… November, maybe. Yeah, that sounds right.