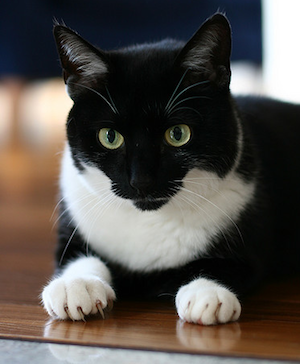 This morning when I wrote a post about Apple’s new Magic Trackpad, I knew it would be a little controversial. After all, I basically said that it was the beginning of the end of the mouse — a device that everyone reading the post probably still uses for a good chunk of their computing on a daily basis. But I didn’t expect what I said to be that controversial. To the point where we have to declare the comment section to be a war zone.

I mean come on, it’s a mouse. Does anyone really think it’s going to be the main way we interact with computers in the future? It’s a 50-year old technology for Chrissakes.

Let me be clear: I’m not saying trackpads and other multi-touch surfaces are going to replace the mouse overnight. Of course they’re not. I’m also not saying that the Magic Trackpad specifically is going to kill the mouse. Of course it’s not — it’s Mac-only, that’s still a small percentage of overall computer users. What I am saying is that the Magic Trackpad is the device that is signaling the end of the mouse era.

It’s a harbinger, if you will.

I believe that we’re going to start seeing more devices like this (and obviously, not just from Apple) which focus on touch as a way of interacting with desktop machines. But even if we don’t, the desktop machines are slowly fading out as the primary computers in most peoples’ lives. Some people will think that’s absurd, but ask yourself if you already use your notebook or netbook more than your desktop? I know I do. It’s not even close.

That’s exactly what Apple spoke to today with the unveiling of this new peripheral. Most Mac users are now using trackpads as their main point of interaction with their machines. Going forward, this trend is going to continue.

And that’s not even including devices like the iPad and yes, the iPhone, which are also computers. Going forward, tablets and smartphones are also going to be the computing devices that people use much more than desktops.

The mouse is a desktop device. Sure, you can bring a portable one to hook up to your laptop on the go — but just look at young people, kids in college and high school. They don’t do that. The only reason some of us do that is because we’re accustomed to the mouse. 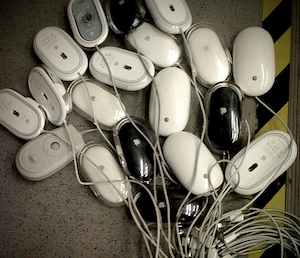 And that speaks to why people are getting so worked up about the previous post. By saying the time of the mouse is ending, I’m killing a comfort zone. It reminds me a lot of the arguments I would have a few years ago when the first iPhone came out. A lot of people were demanding that Apple build one with a physical keyboard. And some were saying that it was enevitable that Apple would have to do this.

I went the other way. I argued that it would be stupid for Apple to put a physical keyboard on the iPhone. It would simply be a waste of space. The people complaining were largely BlackBerry (or Treo) users who, again, were accustomed to a certain way of doing things. And they didn’t think they could change, or that they wanted to change. The physical keyboard was actually a pair of handcuffs.

But those of us who had never owned a BlackBerry couldn’t have cared less about such a feature. More importantly, a whole new generation of people were about to use smartphones for the first time. And they too wouldn’t care about the lack of a physical keyboard. We kept hearing the iPhone couldn’t make it without the physical keyboard. That the G1 would kill it. Or that the Palm Pre would. Yeah, how’s that working out?

Here were are three years after the iPhone launch and most smartphones suspiciously seem to lack that very keyboard no one could live without. Most look like iPhones.

It’s laughably short-sighted to think that computing isn’t going to change rapidly going forward. Are we all going to be tethered to a desk using a mouse and a keyboard? No. The whole concept never made a lot of sense in the first place — and to the next generation of children growing up with all sorts of new computing devices, it will make no sense.

If companies like Apple listened to some of these short-sighted demands from users, we’d have an uglier and bulkier iPhone with a keyboard. It undoubtedly wouldn’t be as good. That’s because most users have no imagination. They want what they know. When they say they want the future, what they are really saying is that they want a moderately updated version of the past.

With users in charge, we certainly wouldn’t have the iPad now. It’s would be the Henry Ford quote come true: “If I had asked people what they wanted, they would have said faster horses.”

Right now, people may be saying they want the mouse. But they really don’t. They just don’t realize it yet because that’s all they know.

I’m not saying the mouse will go fully extinct anytime soon. As I said, it will continue to be very popular for people who need precision when working with computers —

like designers and gamers. But eventually they’ll also have some sort of new technology that they prefer over the mouse. That’s simply how it works. Shocking! Outrageous! Blasphemy! I know.

If you really have a problem understanding that, these next few decades are going to be rough on you. It’s time to stop acting like you’re Brooks in The Shawshank Redemption getting paroled after 50 years in prison. The world evolves. Technology evolves. And the mouse is going to die.