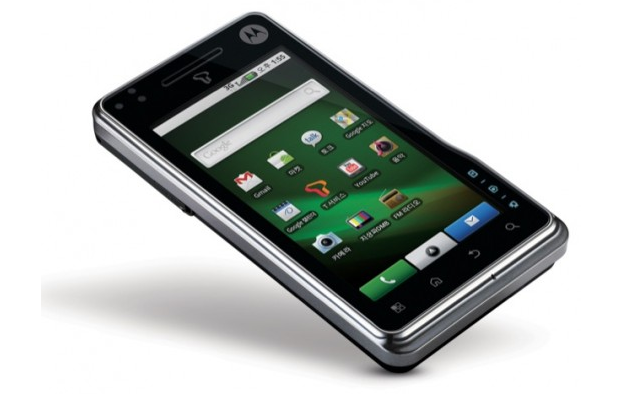 Editor’s note: this is a guest post penned by Richard Yu, who previously co-wrote an article for TechCrunch on the social networking landscape in China. Yu is a Seattle native working in Shanghai for Spil Games, where he manages online strategy & operations in Asia, including for www.game.com.cn.

Android seems ready to leapfrog competitors to grab dominance in China, the world’s largest mobile market. A combination of drastic price drops on Android phones and custom Chinese mobile apps supported by the massive domestic market is bound to push Android past the entrenched leaders, setting the tone for how the mobile internet is built and interacted with around the world.

But what about the Chinese government’s very public and damaging beef with Google? Last January, analysts and users alike hailed the death of Google in China after its search engine ran afoul of state censors. Later, the Android Marketplace and Gmail were both mysteriously blocked for two days in June. Android’s rapidly improving UI aside, a major selling point is the native integration of Google’s popular services like the Marketplace, Search, Maps, and Gmail. Without these essential services though, Android appears limp compared to iPhone and even Nokia, the market leader, with over 30% ‘official’ market share.

Yet, counter to China’s apparent ambitions to kill Android and Google, officially sanctioned versions of Android are flourishing, starting with last year’s Ophone OS from state-owned China Mobile. With the help of Lenovo, China’s tech darling, Ophone devices are moving full steam ahead with more Chinese integrated services like an app store, where China Mobile takes 50% of sales revenue. Meanwhile, Motorola is developing a line of Chinese flavors for Android with Baidu as its default search engine in cooperation with the other state-owned mobile operator, China Unicom.

Of course in China, the gray market for smuggled and pirated phones drives most sales, blurring official statistics. Legitimate iPhones and Androids are smuggled from Hong Kong and sold at a premium in street markets around the country. Bootleg phones, running low-end versions of Windows Mobile or Symbian on Mediatek Chipsets are still easily the most common phones due to their low price. According to some estimates, Mediatek supplies chips for 85% of China’s phones, and less than $60 can buy a 3.2in touchscreen phone with Wi-Fi/GPRS/Edge connectivity.

What will crack this nut wide open is Mediatek’s new Android chipset, which is slated to hit the market later this year. As Moore’s law applies itself to mobile devices, and sub-$100 Chinese-flavored Android 2.2+ phones are released, the over-$600 gray market iPhone will only occupy a niche of the market in China. Though the iPhone also has some nominal government approval, official versions are hobbled, with Wi-Fi capabilities shut off. Additionally, Android’s compatibility with Flash provides an advantage as app developers can quickly adapt and create new ways for Chinese users to interact with the mobile internet.

Dominant Nokia or pirate Windows phones will also fall by the wayside, as Android’s increasingly superior user experience and range of form factors from handsets to tablets are made available to the masses.

While overbearing government regulations and poor execution might still stymie the growth of Android in China, the implications of the platform’s dominance are clear. When OEM’s and carriers use the flexible and free Android platform to make cheap internet and Flash-ready phones for China’s 739 million mobile users, lesser competitors will get crowded out.

As mobile 3G prices approaches $3/mo on some carriers, Chinese users and their powerful devices will redefine how they interact with games, music, pictures and information online. As the Chinese mobile internet reaches a critical mass of users, cross-cultural influence and pressures are inevitable, forcing Apple to rethink its own great walls, along with everyone else.