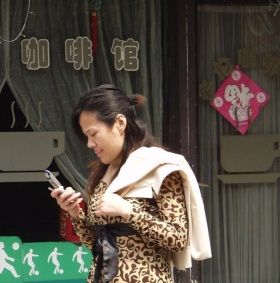 Not an easy thing to conceptualize indeed, but according to eMarketer there will be more mobile Internet users in China than the entire population of the US by the end of this year.

For your reference, the 2010 estimate of the size of the United States population stands at roughly 310 million people according to Wikipedia, so that’s a whole lot of people browsing the Web from their phones right there.

The report, which you can purchase here, also says the number of mobile Internet users in China will grow fast to reach a staggering 957 million, and that the country will count approximately 1.3 billion mobile subscribers by 2014.

eMarketer points out that those mobile Internet users do not currently monetize as well as smaller mobile audiences in, say, the States, which means that mobile advertising spending levels in China are still low relative to the size of the mobile Web user base. Also, the company highlights another key trend in China, which is that mobile subscriber growth is actually slowing while mobile Internet user growth is accelerating.