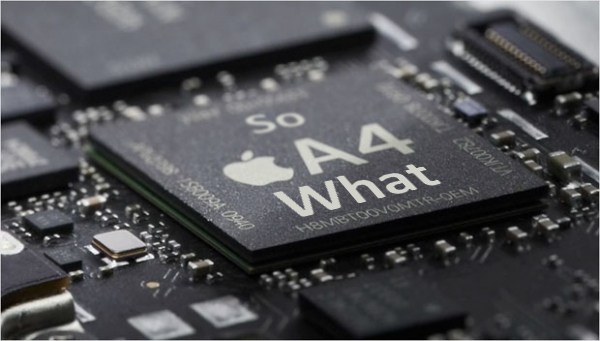 I really don’t understand what the big deal is about the A4. ARM designed the chip, Apple customized it, and Samsung built it. How is that any different from any other phone or device manufacturer? The A4 variant (an unfortunate name considering the A* naming convention in ARM chips) is just an A8-based chip with a setup specific to the iPhone or iPad’s PCB layout and processing needs. Apple doesn’t have fairy dust to sprinkle on it to make it anything more than that.

That said, however, there’s a lot more to a device than making the right hardware decisions. The Samsung Wave, it has been revealed, uses a very similar Samsung-made (obviously) 1GHz ARM A8 processor, putting it as near Apple’s A4 as can be. But do you think you’re going to have a similar user experience? No, silly! So much depends upon the UI designers and coders that the processor is really only a secondary consideration. 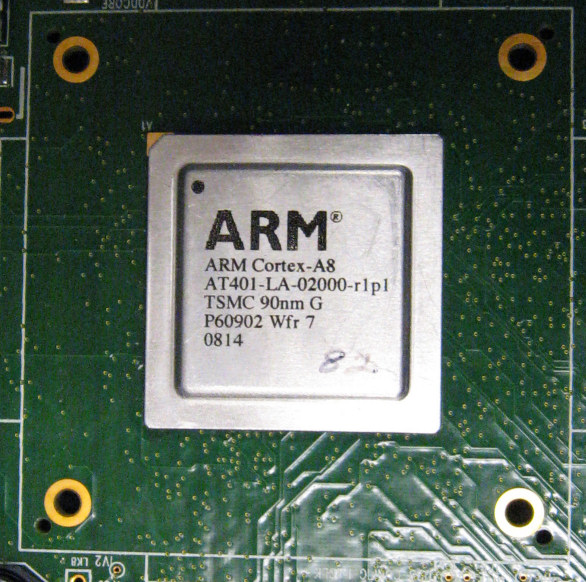 In other words, the processor (magical A4 or not) doesn’t make anything work on its own — it just provides a sandbox for the coders and designers to work in. That’s very important, but it’s very far from the whole story. This is why there are puzzling differences between phones with similar specs. Could a memory leak in a program not get fixed in Android 1.6 on a G1, where perhaps an outdated RAM caching technique is still in use? Sure, this kind of thing happens all the time. Apple is unique in that they control almost the entire process of creating a device from start to finish. You see something similar in the Zune HD, which I loved, but it also has an advanced ARM processor with a special name, and again, it’s perhaps the least visibly important part of the device.

Ironically, when the iPad and iPhone 4 come out, a large amount of attention is paid to the processor and display, things which Apple almost certainly had very little to do with! Sure, their curation of the devices’ hardware is impeccable, but the “magic” doesn’t come from the A4, any more than the snappiness of Google something comes from the brand of memory they use in their servers. On that note, it is only fair to add, however, that Google’s unorthodox server technique does deserve some credit, but their database and crawling algorithms are the real stars.

If you want to give credit where credit is due, thank ARM and Samsung for making excellent hardware, and thank Apple for taking advantage of it correctly. I have my issues with Apple, but one thing they’ve always managed to do is get the absolute most out of a given hardware setup — RIM, HTC, Sony, Nokia, all these guys would take the same bits and get an inferior product. It really is just a fact at this point.

The A4 is a nice piece of hardware, don’t get me wrong — but there’s more to a device than its processor, and it seems like a lot of the other stuff gets lost in the background when the spotlight shines on a single aspect. When it comes to the A4, it seems like the spotlight is completely arbitrary, since so much of the A4 is shared by other devices on the market right now. A little perspective shows where the credit truly lies in a great device.