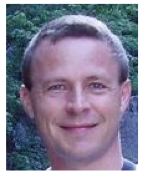 Beust, who has been at Google for six years, announced the departure on his blog:

I’ve been at Google for six years but it feels more like “Two years at Google and four years in a small start up called Android that plans to revolutionize the mobile industry”. I don’t know what’s the most surprising: how ambitious that goal was four years ago or how far Android has come today.

It’s unclear what his new role will be at LinkedIn, but we’re assuming it will be mobile-focused. Beust helped the Java programming language, creating the TestNG Java testing framework. He’s also published two books, including “Next Generation Java Testing”, which covers testing techniques for Java development. Beust holds a PhD in computer science from the Universite of Sophia Antipolis in France.

Beust was hired by Google to lead its Java efforts and worked on the Gmail mobile team and then joined the Android team.

Of course, this announcement is timed with the impending rollout of the next version of the Android operating system, Android 2.2, AKA Froyo. On his blog, Beust writes of Froyo: “prepare to be blown away by what you will see very soon.”