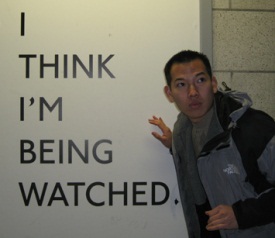 Surprising industry move of the day (or maybe not): Google’s Senior Product Manager, Android, Erick Tseng, has departed the company and will start working at that other game-changing Internet company as of next week: Facebook.

The move hasn’t been announced yet by either company, but Tseng has confirmed the news unequivocally with the following tweet:

“About to begin a new, exciting chapter in my life. Heading to #Facebook on Monday to help innovate at the intersect of mobile and social”

According to his LinkedIn profile, Tseng has been a product manager for most of the big Internet players out there, bar AOL and Twitter: he’s had stints at Microsoft, Yahoo (albeit both very briefly) and spent nearly 4 years working for Google, and is now apparently heading to Facebook.

Tseng was a very senior product manager working on Android – he was also involved with the inception of the Nexus One. In fact, he was one of the people who took the stage at the Google phone’s launch event earlier this year.

He has a B.S. in Computer Science & Electrical Engineering from MIT and an MBA in General Management, Entrepreneurship from Stanford.

Engadget did a couple of good interviews with Tseng back in January that you might be interested in checking out.

We’re still trying to figure out what Tseng will be doing at Facebook exactly, but presumably he will be leading works on the social networking company’s Android app and possibly other mobile products as well. Undoubtedly, he’ll be working closely with Facebook’s executive team on executing on their hugely important mobile strategy.

Update: Facebook confirms that Tseng will be taking up a leading role at the company:

We can confirm that Erick Tseng is joining Facebook as the head of mobile products. Erick has a long track record of building engaging experiences for people on mobile devices. We are thrilled to have Erick join us as Facebook continues to help build products and features that enable people to share and connect at anytime, from anywhere.

(Thanks to IW for the tip)