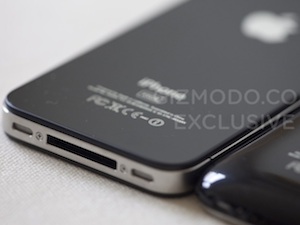 So yeah, that just happened.

Friday evening, police raided the home of Gizmodo editor Jason Chen. Their mission? To search the premise and confiscate all items that could be related to the supposed theft of the next generation iPhone prototype. Ever since it initially broke, this story has been fascinating for a number of reasons, and new ones continue to reveal themselves. What may be most interesting right now is not what the police did, but what they didn’t do: arrest Chen or anyone else related to Gawker media.

That raises the question: are the police going after Gawker, or are they simply looking for evidence of who actually took/found the device? And if that’s the case, is it legal to search the home of a journalist to find such information?

Clearly, Gawker doesn’t believe so. In a letter to the police detectives, Gawker COO and legal representative, Gaby Darbyshire, says that the warrant and subsequent search/seizure of Chen’s home violate section 1524(g) of California’s Penal Code — the code protecting journalists. Darbyshire makes sure to note that this includes online journalists, as was proven by the case O’Grady v. Superior Court in California. Further, section 1070 of the California Evidence Code protects journalists from having to reveal sources of information when a court is doing discovery.

However, as one commenter over on Hacker News wisely observes, “It does not protect evidence related to the commission of a crime.” The fact that Gawker paid $5,000 for the item Apple is saying was stolen makes this relevant. Then the issue of whether Gawker knew it was a stolen good comes into the spotlight again. And that again begs the question: are the police are going after Gawker or the person who initially obtained the phone? Or both?

Chen, in recounting the evening, notes that “officers told me I wasn’t under arrest or being detailed, so I could leave whenever I want.” Obviously, the courts have all the proof they need of Chen, at least at one point, having the device, as the videos/images of him with it have been viewed millions of times on the web. But again, they didn’t detain him. Yet the warrant does indicate the court was demanding any evidence “used as the means of committing a felony” and calls Chen both the “defendant” and “suspect chen.”

According to the warrant, police also had the right to seize Chen’s driver’s license, passport, social security card, and credit cards, but apparently didn’t do that.

Something else interesting, part 3 of Appendix “B” notes that the police were to look for “internet history, cache files, and/or Internet pages pertaining to searches and/or research conducted on Apple employee Gray Powell” — it’s hard to know why that’s there, but perhaps the court is looking into if Gawker had anything to do with the actual taking of the device before its sale.

We’ve reached out to numerous places seeking more information as this continues to unfold.

Update: Another good point worth considering in the comments. The police only raided Chen’s home — not the Gawker offices. Of course, those offices are in New York, something which would undoubtedly require a lot more paperwork.

Update 2: A tweet from Gaby Darbyshire reads, “We raised our objections over the weekend and met in person with the authorities today. They’re reviewing the shield law issue.”

Update 3: Apparently, right now, the DA isn’t targeting Chen, Gawker, or the person who took the iPhone as they’re just gathering evidence and looking at everyone involved. And after Gawker brought up Shield Law protections, it seems the investigation has been paused. More here.