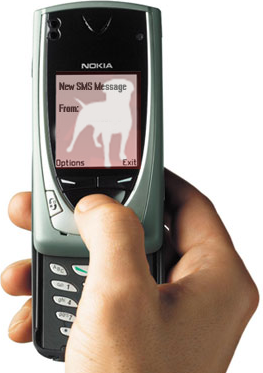 Mafia Wars addicts can now get their fix anywhere they get a cellular signal. Social gaming giant Zynga has just started rolling out two-way SMS support for the popular mob-themed Facebook game, allowing users to both receive notifications and play the game from nearly any cell phone. The new feature is being rolled on a limited basis for now, but interested users can sign up for it here by clicking the game’s help button and selecting ‘SMS mobile’ from the menu.

Zynga first began testing SMS functionality in December, but that initial test only supported one way notifications — you could receive game alerts, but you had to get to a computer if you wanted to actually do something in-game. Now, you’ll be able to use a set of fairly simple commands to play the game while you’re on the go.  You can see a list of commands below, which gamers can text to Zynga’s fitting shortcode: MAFIA (62342). Update: We should also point out that this is being powered by 4INFO, which offers a publishing platform for SMS as well as an ad network (see our interview with CEO Zaw Thet for more).

Zynga’s SMS functionality is important because it gives the company another way to contact its users that isn’t directly controlled by Facebook. Zynga was heavily reliant on using Facebook notifications for keeping its users engaged, but the social network recently decides to stop allowing third applications to send messages through this channel.

Zynga says that it is limiting the current test to Mafia Wars, but we can likely expect them to roll it out to other games in the future. That said, Mafia Wars is text based and converts well to SMS commands — some of Zynga’s richer games may not be as suitable for SMS gameplay. 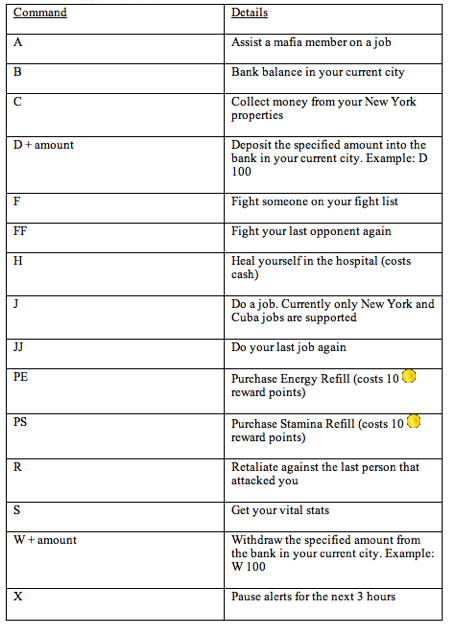