When Google bought mobile ad network AdMob for $750 million in November 2009, 4IFNO CEO Zaw Thet said that he received a couple of phone calls from investment bankers and potential buyers who where were sniffing around the space. When Apple bought Quattro Wireless for $275 million two months later, he says his phone started to ring off the hook.

Why? Because 4INFO is usually described as the AdMob of SMS advertising. That isn’t a very good description of the company, but it’s enough to make everyone think that the company is next in line to close a big acquisition. And that last part just may be true.

The company, which has raised around $40 million in venture capital, is where companies go when they want to create a “mailing list” of SMS subscribers. For example – when Zynga began testing SMS notifications in December, they turned to 4INFO to power the product. 4INFO has 250 premier publishers, plus a couple of thousand more that use its self service platform. 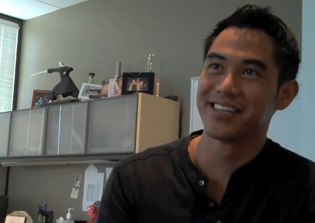 4INFO offers customers a publishing platform, which is tools to manage SMS subscribers and send them content. They also run an ad network for SMS ads, and a SMS gateway to handle the carrier relationships and charges. 4INFO’s larger publishers pay as much as $15,000 per month to use the platform. Those publishers can run their own ads, or use 4INFO’s ads with a revenue split (self service customers have no choice but to accept 4INFO’s ads).

4INFO has 50 million U.S. phone numbers stored on behalf of publishers. And they are beginning to roll out an international product as well.

I sat met with Thet last week to see the company’s San Mateo offices and talk about the 4INFO business. He answered all of my questions, and even said the right thing at the end when I asked who’d be acquiring him. “We’re building an independent company,” he said. Which is exactly what everyone says right before they get bought.