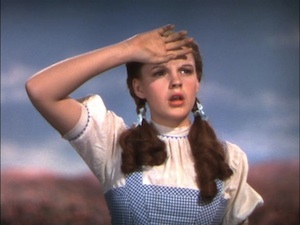 Last month, Google announced plans to sell 1 gigabit-per-second fiber optic broadband to consumers. The plan called for it to be rolled out to no fewer than 50,000 homes in the initial test, and maybe as many as 500,000, but didn’t specify where it would be rolled-out. Topeka, Kansas wants in. Bad.

The city’s mayor today signed a proclamation that for the rest of the month, Topeka will be known as “Google, Kansas.” Yes, you’re reading that correctly — Topeka is now “Google.”

Now, to be clear, this isn’t a legal name change. Lawyers advised the mayor and the city council that they wouldn’t be able to change the name for just the month and then change it back (no word on if they also advised them that it would be well, stupid) — so instead they’re going with this proclamation asking people to simply call the city “Google.”

While this is a silly way to get Google’s attention, the benefit could be huge. The 1Gb/sec fiber is roughly 100 times faster than what most Americans get today for Internet speeds. That’s especially true in rural areas. And while Topeka may not be the most rural city in the country (it is the state capital and has over 120,000 citizens), they could undoubtedly make good use of this ultra fast connection. Google’s fiber connection is still more than 20 times faster than even most fast broadband connections.

Humorously, this isn’t the first time Topeka has tried something like this. Apparently, in August 1998, the city has a proclamation to change its name to “ToPikachu” — yes, after the Pokemon character. So this move seems roughly 100 times more sane than that one.

Also funny — apparently this special city council meeting lead to the postponement of another one, where they were actually going to talk about real issues. Ah, local governments.