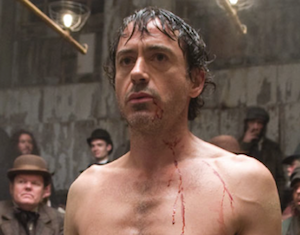 As some of you know, I’ve been bitching up a storm about Netflix’s decision to give in to Warner Bros. demand that they not rent new release DVDs until after a 28-day window has expired. Today, Redbox, has announced they’ll do the exact same thing. Simply put, this is another blow to consumers and a big potential win for piracy.

Naturally, Warner is playing this up as a win for everybody. With this 28-day window, Warner now has the opportunity to try to sell more DVDs, while at the same time offering more video-on-demand options. Meanwhile Redbox ensures that it will be able to keep offering Warner content and be granted more access to it. In exchange, Redbox simply has to agree not to rent Warner movies until 28 days after they’re released — oh, and drop that pesky lawsuit again Warner for trying to prevent them access to their movies. Hugs all around, right? Wrong.

Make no mistake, Redbox did not want this deal. Their hand was forced by Warner. But really, what else were they going to do, just not offer Warner titles while their competitors did? From their perspective, a 28-day window is undoubtedly better than no window at all. But what this really is is another example of a movie studio shooting itself in the foot. Warner believes that these windows are going to allow them to sell more DVDs, long the bread-and-butter of the movie industry which is now in rapid decline. The thought is that people are no longer buying as many because it’s so easy to rent them. So if you make them harder to rent…

The problem with this is at the fundamental level. People aren’t buying fewer DVDs on a large scale because of rentals, they’re buying fewer ones because most DVDs aren’t simply worth owning. And consumers are finally waking up to that fact. Do I want to own Sherlock Holmes? No. Will I rent it? Yes.

The Netflix agreement with Redbox actually makes more sense since they’re all about getting more streaming titles from the studio. They want this because that’s the future of the business and from a business perspective, new releases make up only 30% of their rentals, with the other 70% coming from older catalog films, many of which they can now stream to customers. Of course, if other studios cut the same 28-day deal with Netflix, it’s going to decimate the top rental list. And while plenty are quick to say, so what? Make no mistake, this will lead to more piracy.

Further, while part of Netflix’s agreement with Warner was supposed to lead to better availability of these new releases after the 28-day window, the opposite appears to actually be happening. The first two movies that fell under this new rule, The Invention of Lying and Whiteout, were recently granted Netflix availability. So you can rent them right now, right? Nope. The Invention of Lying has a “Long wait” while Whiteout has a “Short wait.” It seems that there is some pent-up demand to rent these new releases that Netflix wasn’t expecting. Both movies, meanwhile, were immediately available to rent through iTunes a month ago, which didn’t cut this silly deal.

Here’s what Warner has to say:

Warner Bros. Home Entertainment Group and redbox today announced a new multi-year distribution agreement that will make Warner Bros. new release DVD and Blu-ray titles available to redbox customers after a 28-day window. The agreement also marks the end of the lawsuit that redbox filed against Warner Home Video in August 2009.  Below is a copy of the press release with additional details.

“We are very pleased to have had the opportunity to sit down with redbox and negotiate an arrangement that benefits both parties and allows us to continue making our films available to redbox customers,” said Kevin Tsujihara, president, Warner Bros. Home Entertainment Group. “The 28-day window enables us to get the most from the sales potential of our titles and maximize VOD usage.”

The new arrangement provides redbox with reduced product costs, sufficient quantities of product and optimal stock levels four weeks after street date as well as extends redbox’s access to Blu-ray titles, which redbox is currently testing in select markets. The agreement also provides Warner Bros. the opportunity to maximize the sales of new release titles as well as video on demand and other forms of digital distribution.

Warner Home Video and redbox will be implementing delayed availability during the month of March and will reach a four-week window by March 23 with the release of The Blind Side. The new agreement will run through January 31, 2012. Redbox has also agreed to destroy Warner Home Video content following its lifespan in kiosks.

“The 28-day window for redbox balances the economics of our relationship while continuing to offer great value to their customers,” said Ron Sanders, president, Warner Home Video. “This accord establishes a mutually beneficial relationship that will foster an ongoing and productive partnership.”

Warner Bros. is currently a leader in many home video categories including total video (DVD and Blu-ray combined), Theatrical Catalog video, TV on DVD, and Blu-ray and will ensure the DVD rental company access to sufficient quantities of Warner Home Video titles including The Time Traveler’s Wife, The Box, The Informant!, Where the Wild Things Are, The Blind Side, and Sherlock Holmes.

About Warner Bros. Home Entertainment Group
Warner Bros. Home Entertainment Group (WBHEG) brings together Warner Bros. Entertainment’s home video, digital distribution, interactive entertainment, technical operations and anti-piracy businesses in order to maximize current and next-generation distribution scenarios. An industry leader since its inception, WBHEG oversees the global distribution of content through packaged goods (Blu-ray Disc and DVD) and digital media in the form of electronic sell-through and video-on-demand via cable, satellite, online and mobile channels, and is a significant developer and publisher for console and online video game titles worldwide. WBHEG distributes its product through third party retail partners and licensees, as well as directly to consumers through WBShop.com.