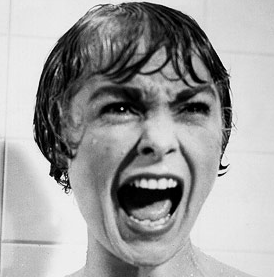 Last month, we broke the news about BarMax, the most expensive app in the App Store. At $999.99 (the highest price Apple allows you to sell an app for), the app differentiated itself from the joke $999.99 app in the past because it actually seemed like a solid deal. That is, it’s a solid deal when you compare it to its closest competitor, BarBri, a series of classes that help lawyers prepare for the bar exam. Don’t believe us? Just look at the moves BarBri is now taking to alter its offering just weeks after the launch of BarMax.

BarBri, which typically costs between $3,000 and $4,000, has long had a complete stranglehold over this particular kind of exam prep. Because of that, it was able to charge whatever it wanted. Thanks at least partially to this, it has been subject to multiple class-action lawsuits (again, hardly surprising when you’re pulling this kind of stuff with future lawyers) saying the service was using anti-competitive tactics to maintain their dominance, among other things.

But by leveraging the wide reach of the App Store, it seems that BarMax has found a way around some of this anti-competitive behavior. And BarBri is clearly threatened. The company has begun circulating fliers on law school campuses proclaiming two new “enhancements” for the Summer 2010 classes. The first will grant BarBri participants unlimited online access to course materials with their standard fee. It’s pretty funny this wasn’t included in the several thousand dollar price tag before since it likely costs BarBri next to nothing to grant this access.

The second new “enhancement” is even more indicative of how scared BarBri is of BarMax. For as long as the service has existed in its current states (several decades) BarBri has been using the model where a student pays for the course and if they don’t pass the bar and want additional help, they must pay an additional huge fee (recently, $2,000) to re-enroll in the class. But the new BarBri policy starting this summer will allow students that previously paid, to re-take the course. This seems to be a direct response to BarMax which allowed you to keep the material forever once you pay the one-time $1,000 app price.

This is a great example of why competition in any market is a good thing. BarBri has gone on for decades without bending its offering that students often feel is ridiculously priced. Now, in just three weeks, an app has come along and forced it to do just that.

In response, the man behind the BarMax app idea, Mike Ghaffary, writes, “We are very relieved for the repeater students that can save some money and take advantage of this!” He goes on to note that, “Additionally, they are offering free access to their online lectures for students who pay their exorbitant tuition, but that part is too little too late.”

I asked Ghaffary how the $1,000 app was doing in terms of sales. He wouldn’t give specific numbers but writes, “Sales are doing pretty well actually! I thought most recruiting would have to happen one student at a time on campus (and BarMax has campus reps just starting now at various campuses to give info to students), but I am impressed that total strangers are buying this thing on their phones for $1,000–it goes to show you the amazing reach of the App Store. People are very happy with it too, which is awesome.”

Looking at the App Store page for BarMax, there are 6 reviews of the app. While that might not seem like a lot, it’s usually a small percentage of users who actually review apps. Also remember, the app is only going to interest a very small percentage of the population (currently it’s meant for students taking the California bar exam — other states are coming soon). Also remember, it’s $1,000 dollars. All six reviews give it the maximum 5 stars.

BarMax has also started offering a MPRE app, which students use to prep for a mandatory ethics exam, for free (you can find that here). 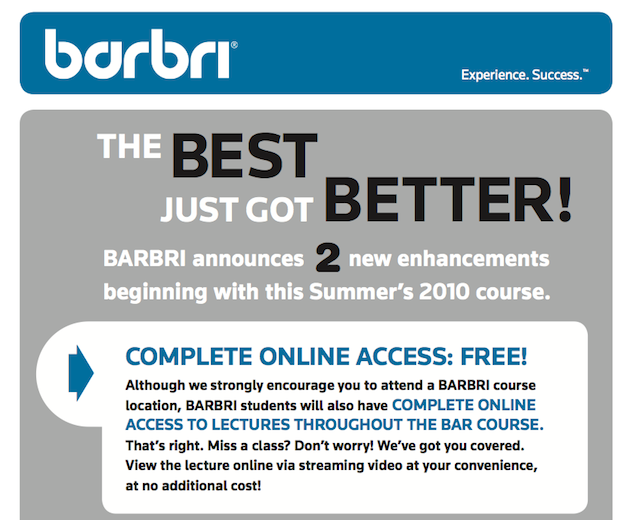 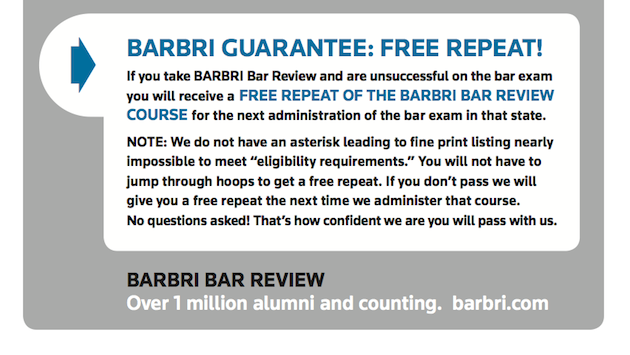