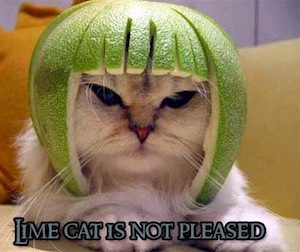 Google officially unveiled Buzz, their major step into social statuses through Gmail today at an event held at 10 AM PT. Within the hour, Yahoo PR was set in motion to let everyone know that they actually did this first, almost a year ago.

Here’s the humorous email that was sent out:

It’s been almost a year and a half since we first launched Yahoo! Updates – a social feature that lets people share their status, content and online activities and stay connected to what their friends and family are doing on Yahoo! and across the Web – and we wanted to share the latest on what’s happening with Updates:

Let us know if you have any questions or would like to hear more about Yahoo!’s social features.

That’s all true, but all that really highlights is that Yahoo’s offering has failed to catch on in any meaningful way in the past year. It’s hard to say if Google or Yahoo have a worse track record when it comes to the social web. But at least Google is still pushing hard, while Yahoo recently gave up and announced it would outsource the majority of its work to Facebook. With Buzz, Google is going right after Facebook (and Twitter, and Foursquare, and yadda, yadda…).

But Yahoo wasn’t done take shots at Google Buzz with its PR blitz. The official Yahoo account on Twitter also chimed in noting that Yahoo Buzz, a product with the same name but completely unrelated, launched two years ago. Yahoo has an event tomorrow to talk about something. This could get ugly. 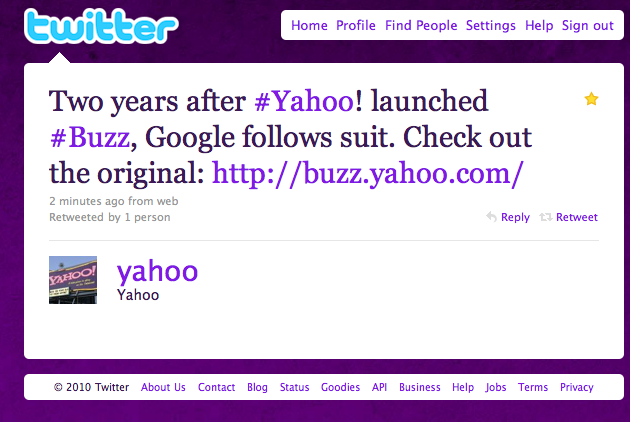