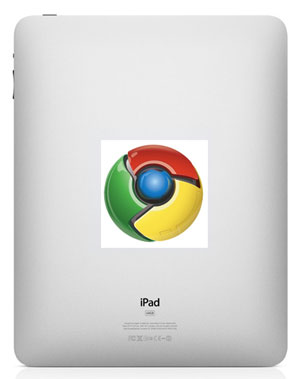 “Netbooks aren’t better at anything.”

Those two quotes are both from Apple CEO Steve Jobs. The first was during an earnings call in late 2008 when Jobs fielded a question about why Apple wasn’t cutting prices amid the rising success of netbooks. The second came on Wednesday as Jobs was unveiling the iPad.

Apple has made it clear all along that they had no plans to build a netbook. And true to their word, they haven’t. But that doesn’t mean that Apple didn’t feel there was a need for a device that resided in between a full laptop and a mobile phone — in fact, that’s squarely where Apple is positioning the iPad. With it, they feel that they’ve created a $500 (for the baseline version) device that is superior to every netbook out there.

Meanwhile, Google has decided to target the market in between the laptop and the mobile phone as well. But whereas Apple is anti-netbook, Google is very pro-netbook — they just want to make them better. That’s the reason behind Google’s Chrome OS, as Google clearly laid out during its unveiling event late last year.

And so yes, we once again have Google and Apple on a collision course.

Now, it remains to be seen if people who buy an iPad will do so instead of buying a netbook. At first, I’m not so sure that will be the case. But it stands to reason that eventually, this will happen. And as Jobs’ comments on stage on Wednesday made abundantly clear, that’s Apple’s idea too. In their eyes, you shouldn’t buy a cheap, underpowered PC, you should buy an iPad, their anti-netbook.

Google, which plans to release its first Chrome OS-based netbooks in time for the holiday season next year, can’t like that plan too much. They have promised that netbooks that run Chrome OS will be better than current netbooks because they’re dictating certain minimum requirements (such as big keyboards) to manufacturing partners. But Chrome OS netbooks won’t be able to match the sex appeal of the iPad’s multi-touch screen. However, what they can offer is a familiar experience (much more like a traditional laptop then an iPad), and that will be appealing to a lot of people.

And what’s interesting is that for either of the two to be massive hits, they both will need consumers to continue to feel comfortable moving away from traditional software applications such as Microsoft Office. But their plans to get consumers to do that are very different. Google wants everyone to move towards doing everything on their apps in the cloud. Apple, as they made clear with their overly-long iWork for iPad demo on Wednesday, wants everyone to move towards using iPhone OS-based apps.

And that’s why this battle coming at the end of this year will be interesting to watch. Both Apple and Google are very popular with consumers, but their offerings are very different — while aiming for the same market. And as two companies that were once as close as could be, it’s also fascinating to watch the tension and awkwardness as they now compete in an ever-growing number of areas.

If this market between laptops and smartphones proves big enough, perhaps the two frenemies can once again find a common ground and band together to defeat their common enemy: Microsoft. But the obvious strategy for this used to be that Google would attack Microsoft from the bottom with its Chrome OS netbooks, while Apple attacked from the top with their premium computers, leaving Microsoft squeezed in the middle. With the iPad now clearly aimed at netbooks thanks to its pricing and Apple’s positioning, everything is different.