Short version: Razer’s newest is more right-hand-oriented than ever and has a couple extra buttons. But while it may fit some hands better than the Death Adder, I don’t think it’s a definite improvement. That said, it’s worth a look if you haven’t found “your” mouse yet.

I’ll try to keep this one short, since many of you are familiar with the strong points of Razer mice: great looks, nice tracking, standard software for macros and customization, and so on. Razer mice are great, that’s established. But choosing the right one can be the difference between dominating a server and ragequitting with a sore hand. Fit and button placement are everything. So although I feel they’ve pretty much reached the pinnacle of mouse engineering with the Mamba, I happily concede that the form factor may not be for everyone. The Imperator takes the design of the Mamba and Death Adder and exaggerates it a bit, with results that may or may not be for you. As you can see in my artfully composed product shots, the Imperator has a slightly different contour than its closest cousins. Look at this shot of the Mamba on the right (click for full size) and compare with the header image.

The “hump” of the mouse looks higher but it’s actually about the same, though with a more semicircular curve as opposed to the rounded angle of the Mamba. This means it meets your palm a little earlier and your index and middle fingers sit higher. On the other hand, there is now a little shelf for your thumb — it’s not very big, but it lends itself to a more relaxed grip. It’s for people who move the mouse more with their arm and wrist rather than using minute movements of their fingers, which is my way of doing it. On the far side of the mouse there is no shelf, in fact there is a bit of a waist, so there isn’t really a place for your ring finger and pinky to rest. This was probably my biggest ergonomic issue with the mouse: I ended up with those two fingers squished together along the very edge of the mouse because there was no place for them “upstairs” as it were.

I can see my description is inadequate; I’ll put together a short video. Here you go: So, as I also addressed in the video, the thumb buttons slide back and forth, depending on where your thumb naturally goes to when you take it off its little shelf. This is a great development, although the thumb buttons are noticeably softer to press than the others. Nothing problematic, but I much prefer the big, fixed, clicky buttons of other mice.

There are two buttons in the middle of the mouse now, which it seems obvious to set to DPI up and down, but with Razer’s on-the-fly sensitivity (hold a button down and scroll) they feel redundant, and aren’t easily accessible for other functions. They’re too far back on the mouse to hit without moving your hand, so they can’t be for random stuff like minimize or double-click. The Mamba has two buttons like this but they’re to the left of the left mouse button, which worked out much better than I thought it would.

So at $80 the Imperator is roughly twice the cost of a Death Adder, and $20-30 less than a Mamba. And of course there are other mouse companies out there, too — a G500 is actually a similar shape to this, now that I think of it, and it’s certainly a good mouse (and a bargain too at under $50). While I can’t say the Imperator excels in any way, it’s a perfectly decent mouse, just not suited to my style and also it seems like it’ll have a revision coming down the pipe some time soon as they tweak the shape a little further. 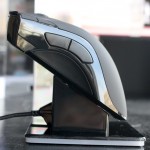