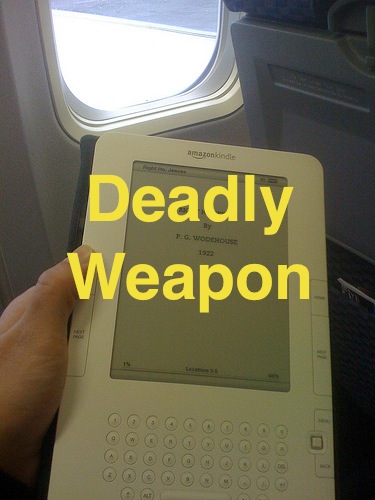 Before I begin, let me just state that TSA has yet to confirm any of this on its website, so the details aren’t entirely clear at the moment. That said, there are several indications that orders have been issued to cease the use of electronics during international flights. Yes, that means no laptops, no iPods, no Kindles, no CD players, no portable DVD players, no Nintendo DSes — nothing that requires any sort of power on these flights. If this is true, it’s absolutely awful news.

Obviously, this is all in reaction to the Nigerian man who attempted to bring down a plane coming into the U.S. And the TSA is going to do whatever it thinks is necessary to prevent further attacks of a similar nature. But the simple fact is that if the TSA was really this seriously worried about electronic devices, they could have banned them anytime since the attacks on September 11, 2001. Instead, they’re doing it more than 8 years later after a man apparently lit some sort of mixture of powder and liquid in his lap. How that relates to electronics, I’m not sure. This just reeks of a “well, we have to do something” move.

Again, all the details aren’t known yet, and it’s entirely possible that this is just a temporary measure that will be in place during a heightened security time following the attempted attack. Other reports suggest this will only affect planes coming into the U.S. Of course, if you leave the U.S. to go on an international trip, you’re very likely going to have to come back, so this will affect you.

So far, all the TSA is official saying is this:

Passengers flying from international locations to U.S. destinations may notice additional security measures in place. These measures are designed to be unpredictable, so passengers should not expect to see the same thing everywhere. Due to the busy holiday travel season, both domestic and international travelers should allot extra time for check-in.”

We’ll update this post when the official policy becomes more clear, but given the previous policies of no liquids, taking off your shoes, etc, it wouldn’t be entirely shocking for a no electronics rule of some sort to be commonplace. And it comes at a time when air travel was becoming almost becoming bearable thanks to WiFi on a growing number of flights (though domestic for now). Instead, it looks like we’ll have to revert back to the old standards: Books, magazines, and newspapers for these flights. If I were the print media companies, I’d jack up the prices in airports immediately. They may have just found a business model that will save them: Fear.

I stand by my statement earlier: If they take electronics away from us on plane, I’d much prefer to be put into a state of hibernation on the flights like in Avatar. That’s about the only thing that will make those cattle cars tolerable at that point.

Update: Pocket Lint is reporting that British Airways and Virgin are saying it’s okay to have electronics aboard flights bound for the U.S. What they don’t say is the specific rules about using these electronics on flights, but they do say that as far as they no they haven’t been sent any new rules about electronics yet.

Keep in mind that these are also only two UK-based airlines saying this. Pocket Lint also suggests the rumors of the electronics usage ban are “unfounded” but that doesn’t change the fact that travelers were told of this restriction yesterday.