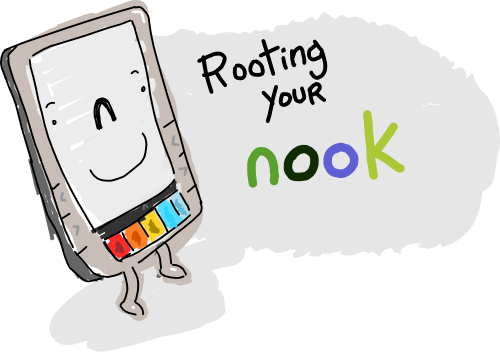 We knew the nook had some Android blood in it, but it’s been kept well-hidden, merely an underpinning for its custom UI. We expected some special apps or minor compatibility with existing stuff to be pushed out later on, but of course some people can’t wait until “later on.”

nookDevs is a growing wiki for this stuff, and currently includes a teardown and some how-tos on getting the nook (the bottom half at least) to run vanilla Android 1.5. It’s still in the development stage and you will have to crack open your nook if you want to give it extra storage, but if you have the device this would be a good page to bookmark.

Even if some people think it’s a non-starter, I think the nook is a great-looking device that has the right idea with a versatile, easily-hackable dual-screen setup. But yeah, I might just wait for the nook DX or whatever they’re going to call the inevitable upgrade.