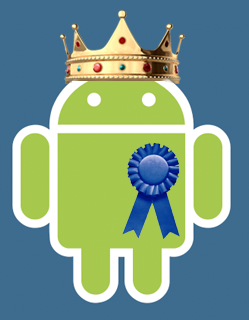 Google has just annouced the winners of its second Android Developer Challenge, a competition that looks to spur development on the Android platform by offering large cash grants to the winners. Thirty prizes were given out in total, with the top 3 winners from each of ten categories taking home $100,000, $50,000, or $25,000 respectively, with 3 overall winners walking away an additional $150,000, $50,000, or $25,000.

The top winner overall was SweetDreams, an app that helps you send late night calls straight to voicemail and automatically conserves battery power by turning off features like Bluetooth and Wi-Fi at night. Second overall was What the Doodle!?, an app that’s like an online multiplayer version of Pictionary. And third prize overall went to WaveSecure, a security/backup app that lets you track your phone’s current location, lock it down or remote wipe your phone, and backup/restore data.

You can see a full list of the winners, along with their descriptions here. Of course, if you’re at your computer you can’t browse Android Market to learn more, because it still lacks a presence on the desktop.

200 finalists for the contest were announced earlier this month. To choose these, Google developed a special Android voting app for the contest; the top 20 apps from each of 10 categories were selected as finalists. To determine the winners, Google again allowed users to vote using the app. User votes accounted for 40% of the final tally, with votes from official Google judges weighted at 60%.