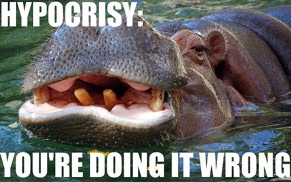 In a blog post, Google has given their take on the whole brouhaha over the restriction of outbound Google Voice calls to phone numbers in “rural” areas. Google writes that the reason they restrict these calls to local phone carriers’ in rural areas is not only because they charge pricey termination rates for calls but because these carriers are partnering with adult sex phone operations and free conferencing call centers to drive traffic. Google says that because Voice is a free application, they can’t afford to pay for these rates — and that because it is not a traditional phone service, it shouldn’t have to.

AT&T has also previously tried to block calls to these areas but the FCC mandated that the carrier continue service to these areas to provide universal service. AT&T called Google out a few weeks ago to the FCC, saying that there’s no reason that Google should be able to block these calls because of the rates if AT&T can’t do this. Shortly afterward, Google responded, explaining that it was not a traditional phone carrier and should not be held to the same rules as AT&T. But AT&T continued to complain and has even convinced a number of members of Congress to decry Google’s actions.

Today, the FCC responded to AT&T’s complaint by asking Google for more information about Google Voice, which Google claims is a free web-based free application designed to “supplement and enhance existing phone lines, not replace them.” Google says that AT&T is in a completely different situation, in part because the carrier charges users for their services and receives hundreds of millions of dollars in universal service subsidies. Google says that web applications like Google Voice and Skype shouldn’t be treated like traditional phone services and calls attention to AT&T’s hypocrisy in the whole matter.

And despite AT&T’s lobbying efforts, this issue has nothing to do with network neutrality or rural America. This is about outdated carrier compensation rules that are fundamentally broken and in need of repair by the FCC.