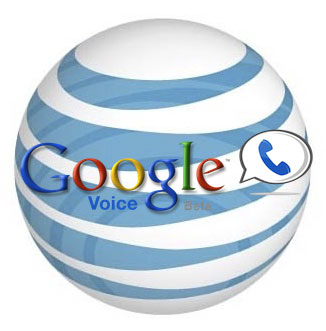 Well this is interesting. Fresh off a wave of good karma following the revelation that it was not behind blocking Google Voice on the iPhone, AT&T appears to be looking to draw the ire of consumers with regards to the service once again. The telco giant has sent a letter (attached below) to the FCC asking them to investigate Google Voice. Yes, you read that right. But this actually goes much deeper than that. Once again, this is about net neutrality.

While AT&T may have not blocked Google Voice from being on the iPhone, it clearly does not like the service (no surprise there). From AT&T’s letter:

According to Google, non-discrimination ensures that a provider “cannot block fair access” to another provider.9  But that is exactly what Google is doing when it blocks calls that Google Voice customers make to telephone numbers associated with certain local exchange carriers.

Here’s where this gets pretty interesting. AT&T is really upset because they tried to do the same thing a couple years ago. Back in 2007, AT&T and the other telecos were trying to block access to some rural phone customers because the giants felt local carrier fees were too high, WSJ reports. Google has acknowledged that it does block some access, but says that it’s to things like adult voice lines. That’s obviously a big difference, but AT&T is claiming that Google doing exactly what it was banned from doing by the FCC two years ago. From Reuters:

AT&T cited media reports that Google Voice was blocking some calls to phone numbers in certain rural areas in order to cut down on expenses. Phone companies are banned from blocking calls.

And so now we’re stuck with the rather humorous situation where AT&T is playing the net neutrality card. Of course, what’s hilarious here is that AT&T (and Verizon) just got done saying that net neutrality should not apply to wireless communications mere days ago.

AT&T is trying to argue there’s a difference between regular Internet net neutrality and wireless net neutrality, but that’s garbage. More and more, the lines are blurring with the way people access the web. Sure, it used to the case that people used wireless lines only for phone calls and text messages, but the rapid rise of smartphones and other mobile devices that use things like AT&T’s 3G wireless cards have changed everything.

Meanwhile Google, a huge proponent of net neutrality, also appears to be going against it in this case. What a mess. Both of these companies need to realize that you can’t be selectively for and against net neutrality.

Update: Google has responded on its public policy blog. Basically, they are saying that software should not have to be regulated by net neutrality rules, despite what AT&T says. Interesting, but it seems that Google Voice is going well beyond the range of your typical software. We’ll have more on this shortly.