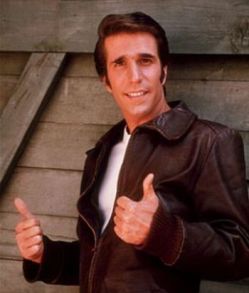 Twitter keeps on growing like a weed, and there seems to be no stopping the much-hyped, heavily scrutinized Silicon Valley startup in its quest to turn its popular micro-sharing service into a veritable pulse of the planet. Twitter passed 50 million unique visitors worldwide in July, according to comScore, reaching 51.6 million UVs at the end of the month. But its biggest increase in traffic Twitter saw earlier this year, when unique visitors numbers gradually increased to reach 44.5 million in June, up from 19.1 million in the beginning of March.

People information search specialist Rapleaf thought it’d be interesting to run some analysis on Twitter follower trends based on data it was monitoring closely for one of its clients, and the study gives us an interesting insight into how Twitter’s huge growth between March and June have affected following patterns of some of its most active users. We already learned most people on Twitter are sheep, but does that change over time?

Rapleaf recently helped one of the world’s largest consumer packaged goods companies identify the most influential and connected Twitter users within their customer list for a word-of-mouth marketing campaign. Part of the analysis that Rapleaf was commissioned to do involved researching how profiles of their client’s customers on Twitter changed between given periods of time, by closely analyzing the users’ following and follower count.

The company ran some numbers on their clients’ top 0.1%, top 1% and top 10% most-followed Twitter users within the company’s customer list and compared how these figures changed in nine weeks, from the beginning of March until mid-June.

Rapleaf will be releasing the numbers later today but was kind enough to give us a sneak peek.

Clearly, the catchphrase ‘the rich get rich and the poor get poorer’ is at least half true when it comes to Twitter users’ following trends. While the service’s growth understandably lifts the follower numbers of the average Twitter user along the way, there’s also an apparent popularity gap that continues to widen.

Based on the sample of 40,000 users that Raplead has analyzed – deemed active members because they have at least five followers, five friends or five updates – it seems that having lots of followers on Twitter means that you’re going to grow more popular more rapidly as the microblogging service continues to boom.

The top 0.1% of observed Twitter users climbed 275% in Twitter followers between March and June, while the top 1% increased only 146% in comparison, and the top 10% gained only 126%. Even when analyzing the median followers, the stats paint a clear picture: the top 0.1%, 1% and 10% of researched Twitter users saw their follower base grow by 78%, 65% and 59% respectively.

Could this be the Twitter Golden Ratio at work?

Also noteworthy: a user who barely makes the top 10% needs 11.4 times more followers to break into the top 1%, and nearly 55 times as many followers to enter the top 0.1%.

Wanna see how your popularity on Twitter is evolving? Check out TwitterCounter to get an idea. Not happy with what you’re seeing? Try tweeting more often.